They should remake West European and East Asian architecture

When we see West European and East Asian architecture, we can feel both look very poor compared to later added ones like Central Asia (Tatars, Cumans) and Southeast Asia.

But why not with West European and East Asian architectures? I think these really need remake.

Western europe is fine. East asian being so japanese is weird. I agree it should be based on chinese archictecture instead.
But as always, the “It has been that way for 20 years” is strong in the community. Forgotten Empire won’t take the risk of an action that might dislike those who have kept the game alive for some long.

But as always, the “It has been that way for 20 years” is strong in the community

There’s a reason for that

Especially in the gameplay topics, this is what must be constantly brought up in order to prevent people to try and change gameplay.
Still, in this case, the game never got people thinking why the east Asian architecture is Japanese and not Chinese.

I’ve never really been bothered by the East Asian architecture because Japanese architecture itself was heavily influenced by China. The pagoda style in general is at least within range of representing China, Vietnam, and Korea.

My question honestly though is, if there was a Chinese architecture set added, would there be any other civilizations besides the Japanese to still use the East Asian architecture set? 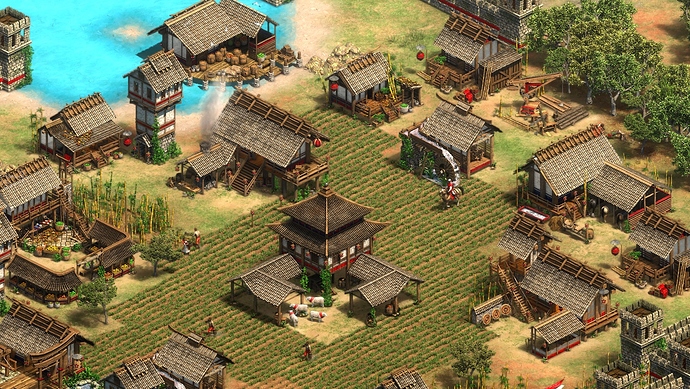 Dude, I thought it was just a photoshop edit, not a playable mod. Good job.
Do the destruction animations work fine?

Yes it syncs quite well.

But you didn’t even touch animations or did you?
I’m asking you because if that’s so, then new architectures could be done without the amount of work it was though to be needed. I’ve red people saying that new architectures would be difficult to implement through mods because of destruction animations.
But you seem to prove the opposite.

By the way, are you the same omkar from the HD workshop architectures?

are you the same omkar from the HD workshop

Dude, I thought it was just a photoshop edit, not a playable mod.

Actually I thought the same,
that maybe he was trying to get an idea and turn it into a mod
Turns out he already made it.

Actually the Mongols might have not used the chinses architecture.
But I don’t mean they would use the Japanese one either