there are a few things i remember everyday:

In conclusion, developers say small, medium or big instead of given numbers.
2. Speed on IU is not modified on IU all times, for examples when a griot is boosting or slowing a unit. FORGET ABOUT THIS POINT, I WAS CONFUSED. GRIOTS ONLY SLOW RATE OF ATACK OF ENEMIES AND ONLY BOOST SPEED OF ALLIES UNITS.

20210813132356_11920×810 249 KB
THIS IS GOOD NOW.
3. not line of sight shown on IU
4. The icon of all cavalry is the same that the icon of hand cavalry. Meaning we have to hover the mouse over the icon to know which one is if all cavalry or only hand cavalry the bonus that the unit have.
5. IU doesnt give information about the time it takes to advange age , to create a unit, etc. It just say faster. It doesnt says reduces 30% time. And doesnt show the time it takes to create a unit, so we need to count how much does a magaidi takes to create. Every icon on age of empires 3 should have time it takes to finish .

EVERY UNIT AND EVERY TECH AND EVERYTHING SHOULD HAVE A NUMBER ON ICON THAT SAYS THE TIME IT TAKES TO CREATE IT OR DEVELOP IT. 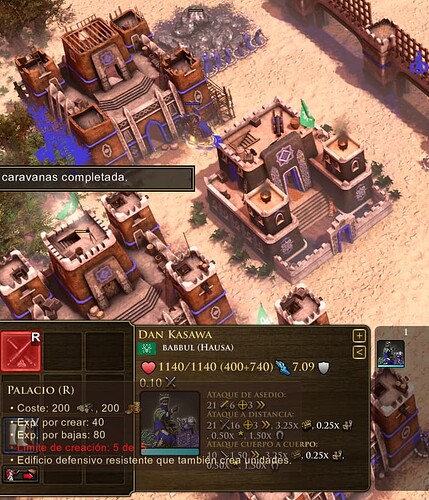 image704×819 109 KB
how much time does it take to build a palace? will i build it beforethe enemy arrives?

update:
6. the list continues… villagers that finished berries are not counted as idle villagers, the flag of idle villager doesnt appear 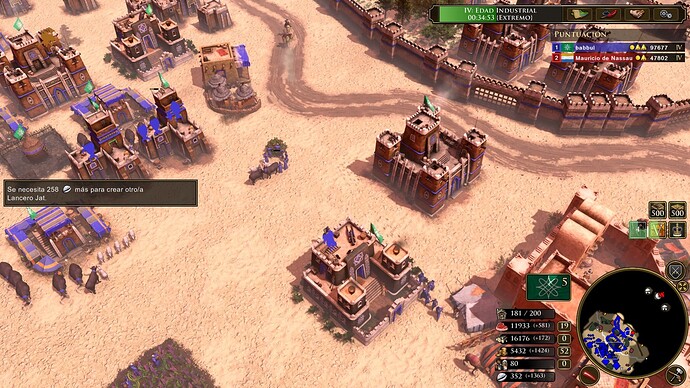 I’m pretty sure most of these are translation issues, as the English version gives all this information exactly as you’re asking for it.
The cavalry icons are split into heavy and light cavalry, not hand vs ranged cavalry. The two symbols are different, and they’re both different from the generic cavalry symbol.
The training thing isn’t something I’ve ever seen in AoE3 or AoM, but I’ve never played any others.

its not heavy and light, its hand cavalry and all cavalry icon

image852×279 52.4 KB
caballeria and caballeria cuerpo a cuerpo have the same icon.
Its not important on skirmishers but some units like camel berberer have bonus versus cavalry (not only hand cavalry) and to check this, i have to hover to get the coimplete info because as you see in the image, the icon of hand cavalry and cavalry is the same

For example kanuri and bereber , i have to hover to see if the unit is good only versus hand cavalry (kanuri) or versus all cavalry (bereber), because the icon is exactly the same.

The space some buildings take are not the same as the visual representation so when you build up your base and leave space for a building them it may not fit when you try place it.