This one crazy trick gets you 39 free elo 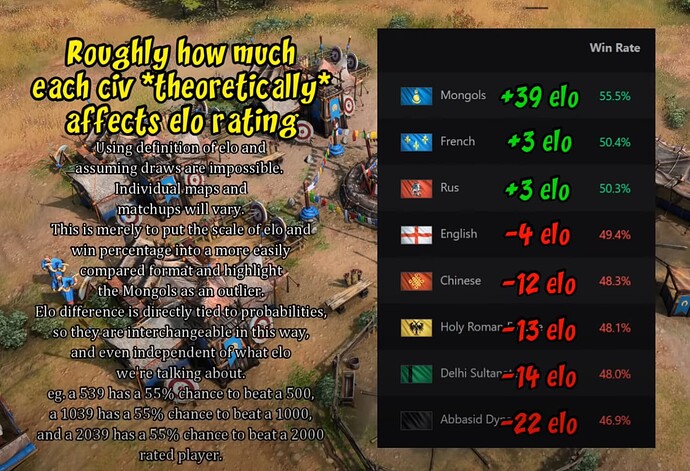 Credit: Spirit of the Law YouTube AoE4 civs from worst to best (according to the stats!) - YouTube 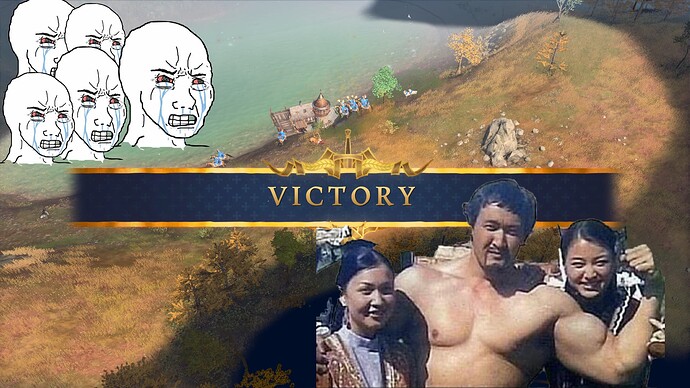 I wonder where my ELO would be if I played only Mongols and did a multiple oovo exploit 24/7 as some well-known ,players, do instead of playing Abbasids xD 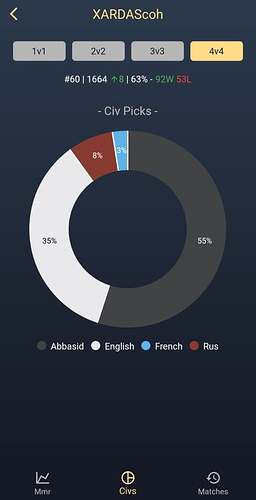 Remember when the devs said “we don’t want to nerf Mongols, we would rather want to buff other civs”?

Well, I’m still waiting on buffs to all the garbage Chinese Landmarks. All you gotta do is make them as good as Steppe Redoubt!

Chinese landmarks unlock new unique units that are OP, for example, FL…
No other civs get such a treat…
How could you underestimate Chinese landmarks?
Clocktower? 50% siege hp???

Fake news. I looked up Mongols tower rush strat and tried it twice and lost both times.

Then I looked up Rus fast castle strat, lost more. It wasn’t until I discovered the secret of playing only Delhi that I began winning every game with ease.

How did you get these stats? Thanks

Ah so if I had played mongols all along I would be rank 1 by now. Damn should’ve not chosen so poorly

probably not…Mongols can not do FL, FL is OP in TGs.
Or you should chose 1vs1 RM.

Mongols need a small nerf. Yes. But it’s more like the bottom civs need a buff.

Yes yes here it comes again. FL this and FL that. Why not try improve your gameplay and learn to defend against them =)