I spawn on Four Lakes with less sheep then usual. The 4-pack became a 2-pack. So i ended up with 3 2-packs instead of 1 4-pack and 2 2-packs. See screenshot below. 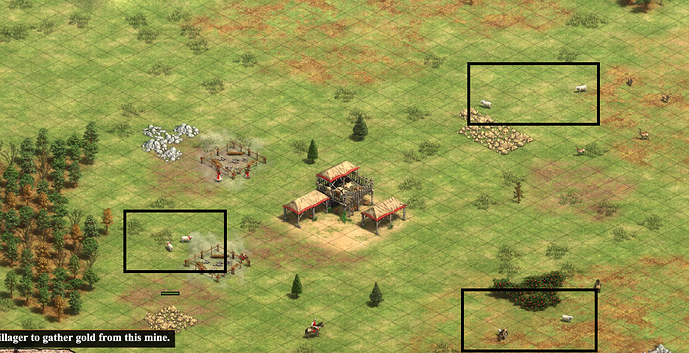 Note: Like you can see, the boar and sheep spawn at the same spot. During the game this was no issue. I could just move the sheep freely and hunt the boar. When i scouted those boar and sheep, the boar already was at a different tile.

Based on the way the sheeps spawn, i think the left one was the 4-pack and i see no real reason why the game decided to make it a 2-pack.

My enemy did spawn with the usual 8 sheeps.