Today I played a ranked treaty game 4v4 and we won, but now that I look at my rating it says that I lost one? 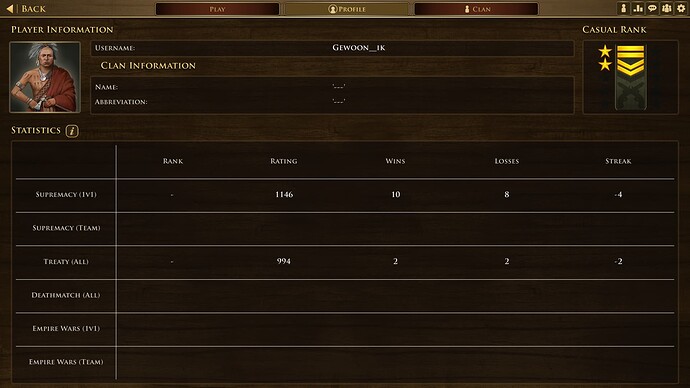 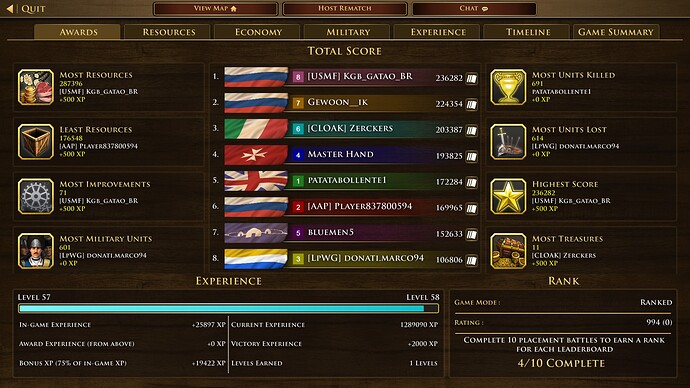 Which shows that it was ranked.

got exactly the same issue with my recent ranked games ; wins counted as losts and happenned sometimes that losts were counted as wins too

Still not fixed, no response from developers. Great.

Hello,
2 ranked games today (treaty), 2 wins and it counted 2 loses in my profile (-2 and ELO going down) …
i usually dont play ranked , i’ll keep dont as i can see this issue is not fixed for long time
HF

Team Treaty games are bugged. If you want to gain ranked elo properly I would suggest you play 1v1s because that’s the only thing that is working correctly. Meanwhile we have to wait for the devs to fix the team ranked treaty lobbies.

Thank you !
i am too slow for 1v1 and if it’s a lose it’s better saying it’s ur partner’s fault

OMG! I’m from China, I like this game very much, I thought I was the only one who encountered this kind of problem! Ranked victory is judged as defeat! Scores are also reduced! When will this be fixed?