It seems with the new patch, they fixed the hat of veteran musketeers to the historial correct tricorn which was common in the 18th century, the timeframe of Fortress age. 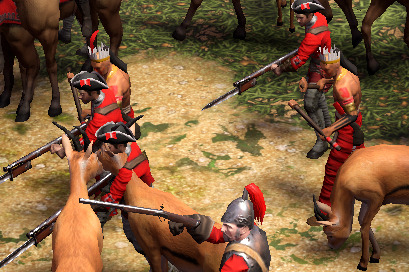 That’s really nice. You cannot have tricornes all over the promotional arts while most civs do not have any regular unit with it (except militia). This should have been addressed back in 2005.

What’s wrong with that BAYONET???
I’ve mention many times, why no one listen?!