Twitch viewership, the past, present, and future

So I am watching the N4C tournament (really enjoying it btw) and I see the event averaging 5-7k viewers most of the time (sometimes lower, sometimes higher). I know Nili did an AMA on reddit just before the tournament, and it would seem that the viewer count is below expectations. I don’t think viewership is that bad considering a number of factors, and want to argue that AoE as a franchise, and AoE4 more specifically, are undergoing more of a viewership reset as opposed to a continuation. Nili was hoping for 15-20k viewers (and we’ll see what the count is on the final day to be fair), but I think this was too generous, but…I also do not think this is as negative as Nili may feel (my impressions of him, not my understanding).

The last six months have had a lot happen to the Western Age twitch community that had been carried along largely by aoe2 for a number of years.

First, let’s be honest and get it out of the way.

You have 2 medieval games of the same genre…they will compete with each other.
Even though Age 4 can run on low-end machines, we are undergoing chip shortages, high prices, and that means that when facing a new game in the same style and genre (roughly) as an older version, consumers are far less likely to switch unless heavily incentivized. The notion of the “middle class” if you will, pc gamer upgrading their rig for the next big game is just not in the cards in the way it was in 2015 for example. Age 2 is much cheaper compared to Age 4, and as it shares a genre, this price gulf (despite the relative age differences in tech behind the games) is a huge determing factor in the “skip/wait for sale”.

Second, the impression of the both the Age 2 community, and that of the larger gaming audience, is that AoE4 shipped too early. Looking at the roadmap, we’re basically looking at what many would consider a “feature complete” game come July. That would line up very well if this were a October/Nov 2022 release instead of 2021. Age 2 had a sizable competitive scene, but it also had a larger casual scene, and features like the map editor, and player colors. I saw posts on steam or reddit that basically were like, "I only play casual, no map editor (contributing to limited map pool as well) means I won’t play. Some will also look at the seeming simplicity of a feature (in this case playor colors), and despite any actual difficulties in implementing such a feature, they will simply form an immediate negative response. This is a generalization of the gaming community at large as well. Many are stressed for a variety of reasons (trying to avoid any real world stuff, just generalizing) and so will simply pick and focus on a negative and use that as a base for their decision making. Whether that is wise or fair is not really my point, but it is what some do.

This lack of purchase, especially amongst the embedded aoe2 community, also tranlates to lower viewership in events. If a player is not playing or interested in a game, they are also less/not likely to pay attention to community news. It’s just going to be a check “does game x have y feature yet? No, ok, back to Dying Light 2/Elden Ring etc. until it does”. I would wager that there are probably a fair amount of aoe2 casual players that simply don’t know about N4C and would otherwise watch it, but don’t because they are waiting on Age4 features and their mindset is just focused on that game right now. Or they don’t want to watch the game because they feel they won’t be able to enjoy it yet themselves. I am a very casual player and have just been doing solo skirmishes against the AI, but I’ve been following the Age community since Jan 2013 and so have been watching since Zeroempires’…third stream I think.

Ironic, I’m not sure, but back in 2013-2015 Age2HD had soo many bugs and issues that most tournaments were still run on Voobly, not the Age2HD game itself. I don’t think it was until Rise of the Rajas when tournaments really started being held on the HD client as opposed to Voobly compatibility patches. From 2016-2020 though, we saw the game balloon in popularity.

Nili saw English language tournaments going from 1100 viewers to 70k (granted only on specific channels) and I think a lot of us who transition to Aoe4 kind of hoped that that train (which took years to build) would follow. But it is apparent it will not.

I guess one could take from the above points that Microsoft is to blame (and I don’t really want to "blame anyone right now, just explain factors), and I think it is fair to say that they released a game far less feature-filled than desired, and this “sparse” launch has contributed to low community turnout. You can kinda see this in another famous Microsoft franchise of Halo. No campaign coop and forge mode still and you have lots of people who just say “no” or “I’ll wait until it’s ready”. It’s quite hard these days to convince consumers that a product is valuable to them when it is going to be completed or expanded over time.

Microsoft, though, is not the only factor.

The Age of Empires community specifically had some odd things occur to it at the same time. T90 and TheViper moved to facebook. I’m not here to judge them; they should do what is best for them. No twitch streamer owes his/her community any kind of sentimental loyalty over their own livelihood. Is it frustrating, absolutely. But we had the 2 most popular English Age 2 streamers leave for another platform. Now, myself personally, I don’t touch facebook. I was a consistent t90 viewer since Hidden Cup 1 and then I just quit. I also don’t really care about youtube. I enjoy twitch for the feeling of it being a live event. There’s an energy too it, especially for tournaments. Viewers like myself who primarily watched t90 or theViper, where did we go(I went over to Nili, I had watched him for years, but was he my primary channel? No, not until after t90 and viper left)? Some of us moved to other streamers, some of us stopped watching, a few went to facebook, but many I think…just disappeared. For whatever reason, some folks like Memb, some don’t like Memb; likewise with Nili or any other caster. It is a personality thing, nothing personal or objective, but some viewers probably didn’t have another streamer they enjoyed and so they just…left. We also just had Hera leave, or set aside rather, Age of empires priority gaming for League of Legends. Good for him, but those in his community who were there for Aoe2, where did they go? Some just disappeared.

The Age of Empires 2 community from 2016ish2017-2021 felt very tight, very excited, sizable in number, but also somewhat insulated. In the current tournament, I only know 1 player. I never watched or followed any other players in other games. I’m excited to get to know them, to watch them in the future; there are so many fun and entertaining personalities (I know I found at least 4 players I would love to watch stream now), but by and large they are completely new people for the longstanding Age 2 community. I think for many in the old age community the above factors have contributed to an overwhelming sense of negativity that has permeated the community and on various websites. I don’t like that negativity. I understand it, but I don’t like it. For many, it may feel like the last 6 months have been the story of the end of a relationship. Many of our “friends” left or moved or we seem them less often, and we are forced to choose among so many unpalatable options, from streaming platforms we don’t like, to games we feel are incomplete.

I think, Nili and others, I think the old community is basically gone. Scattered like the dwarves of erebor. Leaving like the elves. (sorry, had to throw in a few Lotr references). If Age 4 had not launched, in a vacuum, maybe NAC4 would have had 20k viewers…but that is only according to the trend (one which lasted years) of the old community, and I don’t think we have that community as it was anymore. We’re in a period of transition.

I’m hopeful for the future. I really like what Age of Empires 4 is, and what it is trying to be. I hope in the coming months and years with get new civs, new game modes and more stuff because I think the (post-bugfix) foundation for the game is really really cool, and I think a lot of people do as well. It just isn’t where it need to be for a great many, emotionally, intellectually, practically. I guess I would look at N4C and say “how can we grow?” instead of “look how many we lost”, because I’m not sure it is useful to do so.

Best wishes and love to everyone,

Thoughts from the sidelines. 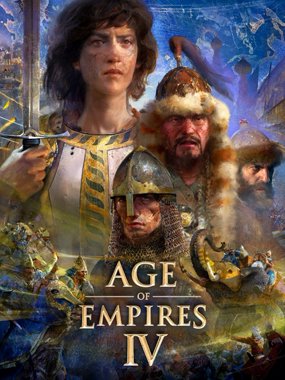 Twitch audience in the last 2 months was heavily influenced by 2 games.

Ark (the MMO) with his twitch drops and Elden Ring.

Almost everyone that streamed those games , especially Elden Ring saw increase in numbers at the detriment of other games.

So an audience of 5k-7k is preety good.

Twitch integration and some promotion could help. Maybe some front page promo (on tournaments).

I don’t know if it has anything to do with it, but there is a shortage of talented commentators for this game compared with some others. Entertaining at times, sure, but not many that draw me in with the quality of voice control and vocabulary, just the high level gameplay. ‘Often just mute the audio and watch unless it’s an analysis by some top player.

It has. You need good casters who captivate the crouds.

And on Twitch the streamer ability to entertain atracts viewership.

This is a must for any sport.

I watched a tenis match and i had to mute the tv because the comentators in my country were so bad (now they are a bit better).

P.S. I actually liked some caster pairs on the recent tournament. But there’s always room to improve.

So an audience of 5k-7k is preety good.

TheViper alone had that number of viewers.

although games were preity fun. Either i’m lucky or almost every game ends with some twist.

Back In the day people use to play video games, nowadays people watch other playing lol and they are worried when not many see others playing.