The first small issue is that the upgraded royal hunters can’t be trained in batches like other military units, which I find strange since they clearly lost their villager tag

The other small issue which I am unsure is a bug is that when going from huntsmen to hunters the units lose some speed, which I find really strange. 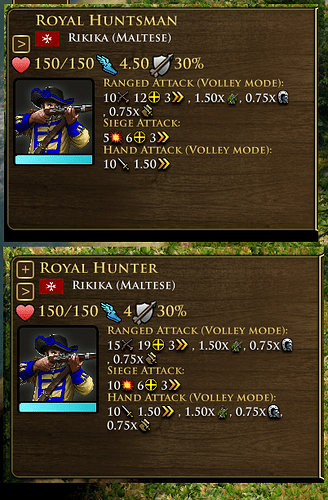 Thanks for your report. Hunters being slower than Huntsmen is not intentional. We’re now tracking this bug internally. Huntsmen being not batch trainable is intended.

I totally understand huntsmen not being able to be batch trained since they are capable of gathering resources, but why are hunters not batch trainable?
If you see the image the upgrade that transforms them into hunters has been researched.

Hello @Rikika333! These units are not batch trainable intentionally, as they can become extremely powerful. The units have been nerfed since these screenshots were taken, but one could still see without limits on this unit, it would feel rather unbalanced. 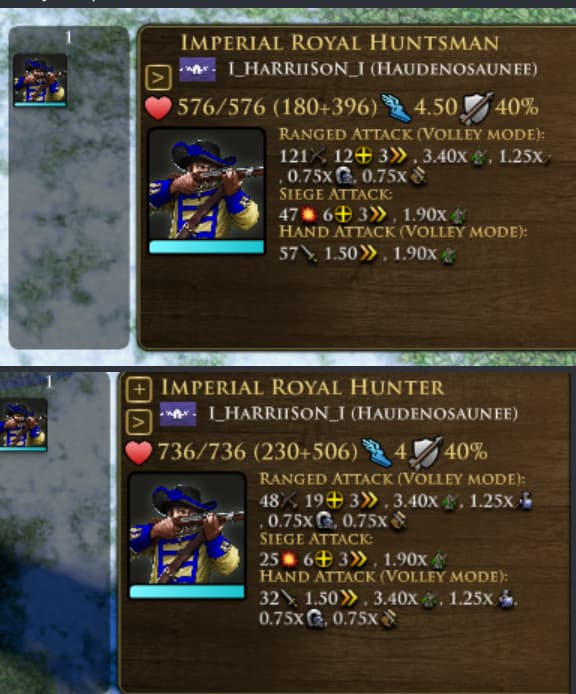 What in the world?!

Ah…because of the pioneer and warrior culture cards.That is such a niche situation though, but I understand.