Doing some justice to Uhlans. What about the Chevaulager’s lance after researching Ducal Berg Lancers? Is the more accurate, for what I’ve seen: 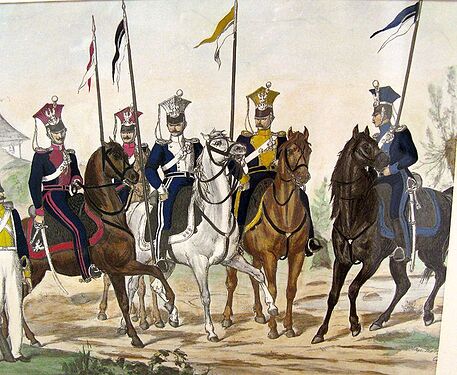 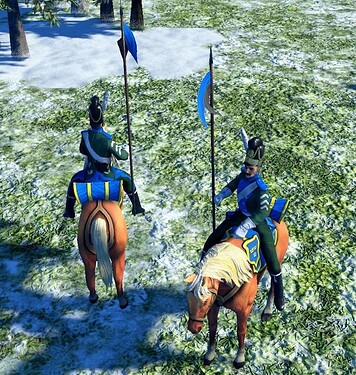 The uhlans and hussars in the game really look, from the earliest age, to 19th-century units, not 17th-century units, when they should appear in the game. Was this my correct thought? Were all the uniforms from the 19th century? If so, wouldn’t it be interesting if light cavalry units were different from today’s, and there was an evolution, or a button, for them to start wearing 19th century uniforms, or converting to hussars and uhlans around the fourth age? More or less like what happens now with English longbowmen?

I tried to give the Ducal/Bosniak lance, it works locally but it doesn’t when I upload the mod here 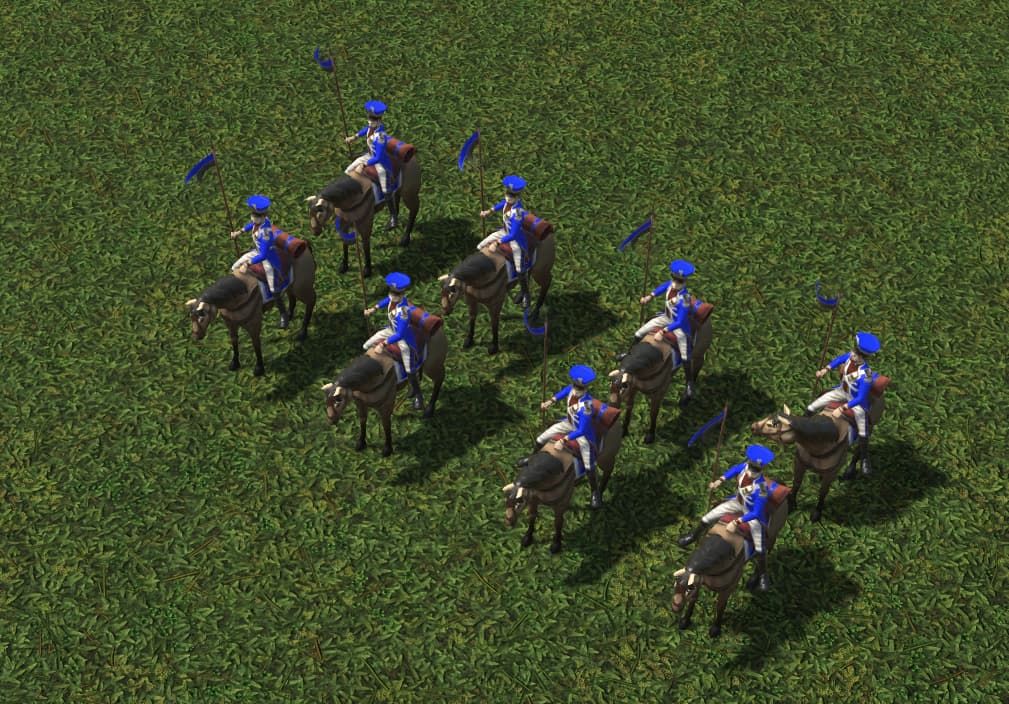 Probably the Jat Lancer’s one could work, but I think it’s would look weird

Oh, I finally fixed the mod, it was a path file problem. They use the Ducal lances now.

Can you show us how you did it?

IRC, I copied the Bosniak rider files and renamed it into Uhlan Rider, you change the lance from 0 to 1 or something like this to show the Ducal instead of the Bosnian one, and I changed the Bosniak model to the Uhlan rider.

If you need more help I can explain you better. Check the files that I used in my mod.

Then you have to be sure to zip the “art” folder instead of the “modname” folder. That was the thing that made that my mod didn’t work…

If you have 0 experience on modding, check the tutorials. You can start on the AoE wikia article “Modding” of Age of Empires 3.