what do u guys think ? 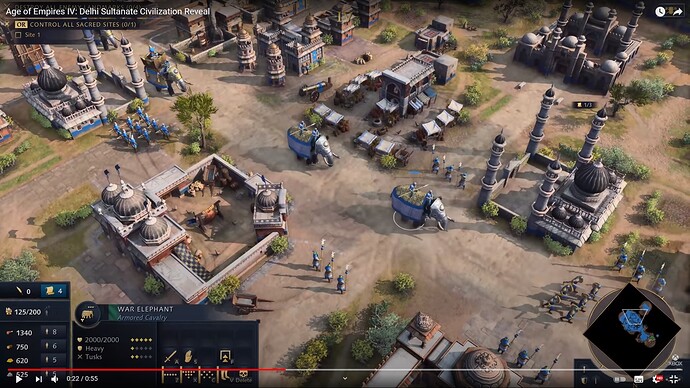 It looks like it shows just the attack strength and not exact attack value. Maybe there is a bit of randomness/luck factor in the attack mechanism, which can make the micro more interesting. It kinda makes sense, since even if the elephant is attacking, there is a slight chance of dodge. It could make the fights a bit less sterile.

Maybe it shows a more exact value if you mouse over it?

I’m pretty sure that they said in an interview the only RNG involved in gameplay comes from the randomly-generated maps. So, it sounds like this description in the UI is just for simplicity, and doesn’t provide all the details.

You’re very likely right; they display the type and generalized tech level of the attack, and then probably display exact numbers if you mouse over. This would be similar to how StarCraft 2 does it.

I would really like to see all the stats of the unit, like in aoe3, no mouse over needed. I hope the player can customize it. 1 stat even aoe3 doesn’t have on the UI is the “first attack speed” which varies from basically instant firing rifles to maybe close to a second-long animations with bows. I would like to see that too, it’s very important because it affects the strength of the unit greatly.

they wouldnt do that. RNG reduces PvP and especially ESports capabilities of games by a lot