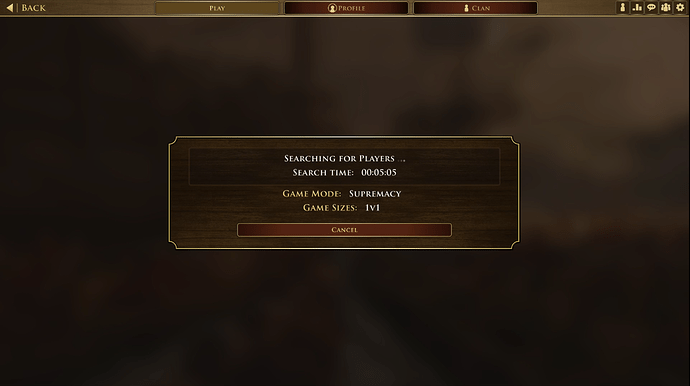 Give players something to do while waiting during matchmaking.
We want to invoke the feeling that the idle times are shorter than they actually are and retain players attention within the game.

We don’t want to destroy pacing by having uninteractive matchmaking screens.

During the “searching for players” phase drop the player into the home city screen. Here he can freely customize and discover decks/home city appearance etc., thus giving him something to do and decreasing felt wait time. This can then be further expanded upon for example by introducing a “The Art Of War” tab within the UI. 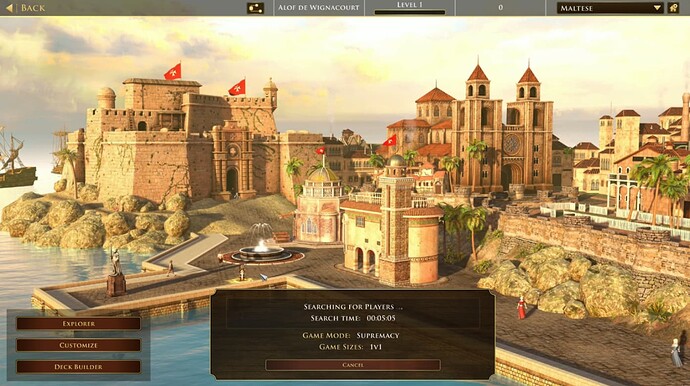 At least make the Homecity behind. But what I would like is to be able to minimize the screen and go full screen when a match has been found.