Unbelievable, no way to set mouse hotkeys in 2022 on a RTS

Nothing to add to the title of the topic. Do we really need an external software or changing the games files in 2022 to use them? What an involution.

They dont know how to write the code for that.

is this extremely important??? enlighten me please

Doesn’t like every mouse and keyboard nowaday come with software to do that? Like my mouse, previous mouse and the mouse before that all allowed to have keys remapped and even only so when a specific program (such as AoE) was active.

By the same logic we don’t need in game voice communication as discord covers this for us. If you think it is bad then think about this: Activision Blizzard released Warcraft 3 reforged (2020). The way to remap hotkeys? 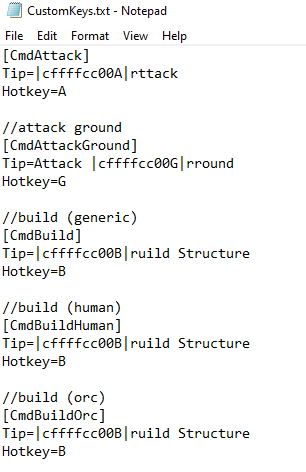 Not kidding, you had to look for and open a .txt file in a subfolder. Look for the specific command you want to adjust, change its hotkey, not forget to change the tip code above it and then just pray it did not overlap with another key. There was (and is) no in game functionality for this.

I know that it being bad at other games is not really a good reason for it to be acceptable in other games that also lack features but it is a nice showcase to show Activision Blizzard isn’t worth 70 bln. It makes a good laugh at how poor something can really be. But you can only appreciate what you having knowing the worse alternative.

Want some more laughs? The Blizzard team actually did think about hackers. And they spend 1 line of ‘code’ on them. 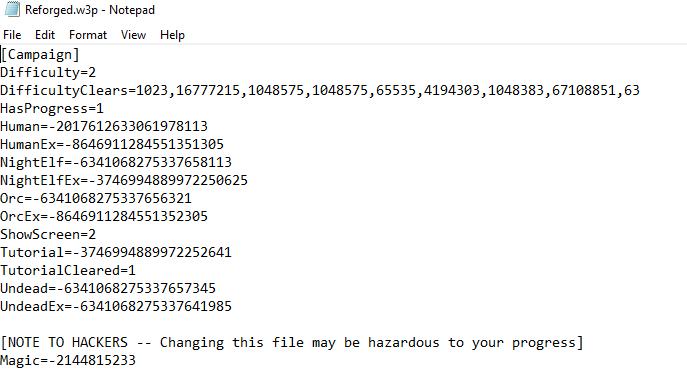 And that is all she wrote. It is funny (and sad) because it is true.

It’s extremely important to me to be able to set up the hotkeys exactly as I want. I don’t have any interest in pressing two different buttons to tell a villager to build a barracks. I’ve been pressing B for Barracks for almost 20 years.

Totally agreed on aoe 2 I use scroll up for build a house scroll down for build a farm and mouse 4 and mouse 5 too , it’s really disturbing to have no shortcut on the mouse

While sure should be something that is baseline for every game but then again all existing mouses / keyboards come along with software that easily support this so is it that important at current age? No not really

It actually makes a big difference believe it or not.
For me it allowed me to set one key to my scout and another one to center the camera on the selected unit replacing the F5 key so I have the option of select units and buildings without having to move the camera away from a battle.

While this may be true I’m not sure allowing third party software to have access to game files and the ability to modify them, especially online, is a good idea

I said this also as a way of saying this should be something included in the game, not something we should be forced to use third party apps for

It’s not native, but can’t you use autohotkey to do this?

I know. I stated that in my post. Yet it could provide an expanded reference frame on the case.