The most recent update introduced a 5-minute treaty at the start of any nomad-start (Nomad / African Clearing / Megarandom) single player or multiplayer game. All players are allied until the town centres are built. Portuguese receive the bonus of shared vision between allies from the start of the game. While it does not show the enemy’s LoS completely, any player with a Portuguese player on their team can see the enemy’s unbuilt building foundations.

During a treaty period, enemy building foundations should not be visible to players on the team with a Portuguese player. 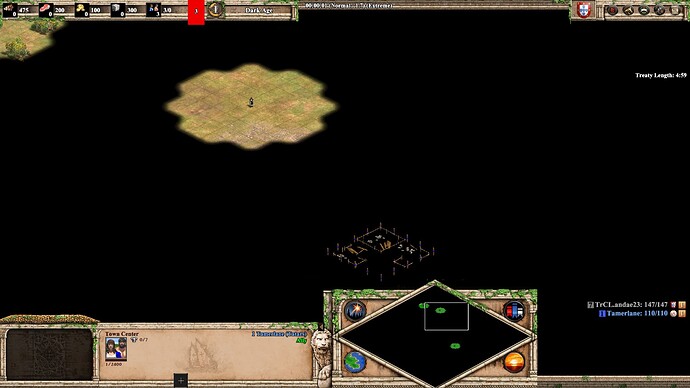 Thanks for this, we are already tracking this issue! (*＾▽＾)／