Unique Indian Navy in AOE3DE when?

Has anyone made a thread about suggestions to the devs about unique Indian navy in AoE3DE?

If not, I wanted to open this thread so people who thought about it can post ideas here. If yes, post ideas nonetheless.

Also, the Thirisadai in AoE2 is not real. It’s nonsense.

Personally, I suggest that the Mughal navy be made of weak but numerous ships, kinda like the chincha raft. Mughals as far as I know, did not maintain large warships, and did not engage in any maritime battle, so small fast ships would be good. We can have something like the African navy.

Another idea is that Indian fishing boats be upgradeable to military ships. This now exists in the AoE franchise in AoE4. The Rus in AoE4 have one kind of ship -the Lodya, which can be transformed into different types. That could work well for India.

Japanese and Chinese also get European ships (which I assume they shouldn’t) but at least they get unique ones on top of that.

Mughals as far as I know, did not maintain large warships

The Ganj-i-Sawai was a pretty large and formidable Mughal ship. And there are several Indian ship types like Gallivats, Grabs, and Ghanjahs that could have been used for their navy.

Japanese and Chinese nations both ended up using European-style warships by the end of the era of the game, some of them even manufactured in their own native countries rather than built abroad like they started out doing.

Interesting…the first one is like an Indian battleship. But the other types you mention are still quite small.

I see. Thanks for educating me.

I always wondered why India had European ships

BHG did plan Indian unique ships, look into those language files you will find Grab and Galliwat. They are planned as warships and nothing more we can learn from the files. At last, we get European ships in Indian dock, maybe it reflects British Raj.

To be honest, aside from the missing Dhows, the Indian naval representation isn’t as bad as you think - they often used Mediterranean-style Galleys and veered towards European style Galleons and warships heavily. The aforementioned Ganji-i-Sawai was an Indian treasure ship ( a Ghanjah - large trading Dhow). They often prefered Euro-style ships (along with False Flags) to deter pirates.

Although it looks like the Indian naval units have been swept in the silly British East India company-area like the Gurkas and Sepoys, it’s actually fairly accurate - they did not have a note-worthy ocean-going navy.

If you wanted to improve it, maybe replace the Caravel with a Galley and give them a Ghanjah Dhow as a Galleon replacement - make it weaker but give it an early ‘bombard’ ability with Rockets alongside its normal cannon attack.

The bottom line is that the Mughals had immense land army, a good ‘brown’ (river) navy, and a weak blue-water navy.

From what I’ve seen, the Mughals made a few really large ships for trading and going on the Haj and they were sometimes heavily armed if the cargo was very valuable. Other than that they didn’t have much for blue water navy. I think it would be fine for them to keep big ships like Frigates and Monitors, but replace Caravels and Galleons with some ships of local construction. And of course replace the fishing boat model that has rubber tires hanging off it.

Why not focus on Marathan navy rather than going on a wild goose chase about Mughal ships?

That’s mainly what I was looking at but it seems they’re more or less in the same boat. An okay green water navy and poor blue water navy.

Forgot they added the 2 Dhow merc card to India after African civs launched, but those puppies appear to be based off of the massive Barbary-made ships at the height of their power rather than historical Indian Ocean-faring war vessels.

They should just add a Maratha faction representing the native indians.

Vasco da Gama reached India sailing around Africa in 1497 and is credited with having found the sea route to India. He travelled down the Atlantic Ocean from Cape Verde to the Cape of Good Hope in South Africa.

He wrote in his logbook diary, which is now in the Lisbon Maritime Museum that when he came to South Africa, he saw Indian ships ten times the size of his own ship.

When faced with the challenge of having to travel in the Indian Ocean waters towards India, he saw large Indian ships travelling back to India from the east coast of Africa. It was in the midst of these Indian ships that Vasco da Gama travelled mid seas to India.

These ships guided him to the Malabar coast of India and landed in Kozhikode, later called Calicut by the colonial writers. There, he paid his respects to the local king referred to as Samuthirai , meaning one who is the king of the seas. Samudra is seas and Rai or Raja is king.

Another reason why “Indians” as a civ should be renamed to Mughals and they should create a Maratha one that has a proper history of naval prowess. It’s a crime that Marathas and Sikhs don’t exist despite their empire sized federations whereas the Maltese are in the Age of ‘Empires’ game.

Japanese and Chinese also get European ships (which I assume they shouldn’t) but at least they get unique ones on top of that.

Of course, that’s true…both the Japanese and the Chinese have 3 unique ships each…on the other hand, the Indians don’t have it that strange, do they??..

And there are several Indian ship types like Gallivats , Grabs , and Ghanjahs that could have been used for their navy. 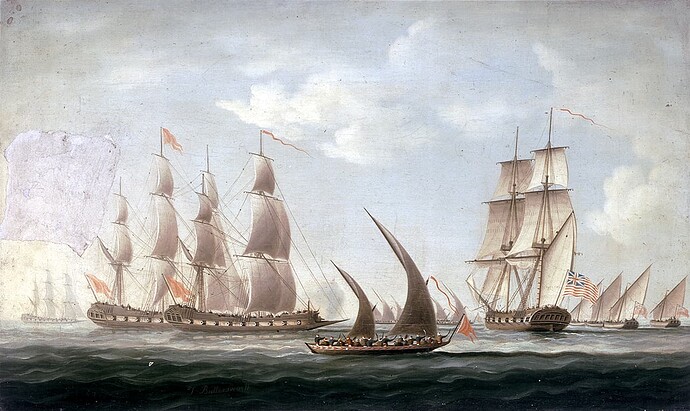 Mahratta grabs and gallivats attacking the sloop Aurora of the Bombay Marine. The boat in the foreground is a gallivat. 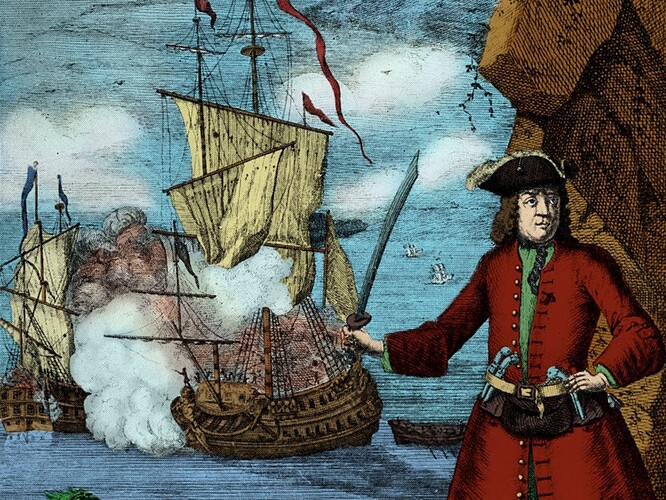 A contemporary depiction of Every, with his 46 guns Fancy , engaging a smaller ship

They should just add a Maratha faction representing the native indians.

Another reason why “Indians” as a civ should be renamed to Mughals and they should create a Maratha one that has a proper history of naval prowess. It’s a crime that Marathas and Sikhs don’t exist despite their empire sized federations whereas the Maltese are in the Age of ‘Empires’ game.

Talking about the Atakabune, it should actually be called Atakebune lol

Atakebune (安宅船) or būkan (武艦) were large Japanese warships of the 16th and 17th century used during the internecine Japanese wars for political control and unity of all Japan. Japan undertook major naval building efforts in the mid to late 16th century, during the Sengoku period, when feudal rulers vying for supremacy built vast coastal navies of several hundreds of ships. The largest (and generally most dangerous) of these ships were called atakebune. These vessels may be regarded as floating ...

Talking about the Atakabune, it should actually be called Atakebune lol

Yes, they should correct that now xd…

I brought it up on the official Discord but the only reaction I got back then was Ana Winters getting angry that I cared.