When two or more selected units, apart from each other from any distance, are commanded to move to a spot, they frequently move keeping the previous distance between each other, which makes them hard to assemble at the same place.
This is a problem since the original game, turning it difficult to command units from a same group, as they can even move further from the point they were ordered to move to.
I have already described the same problem on this other post: https://forums.ageofempires.com/t/awful-pathfinding-behavior-from-the-original-game-still-present-on-de-version-part-1/77293

2 Likes
Unit pathing - not grouping together
Feature request: Alt/Ctrl+Right Clicking pathing system as a toggleable option for "go to" command
JoonasTop July 16, 2020, 6:29am #2

This is not a bug. They move in the formation they have if it is possible to keep it.

Should you wish to gather them close together:
-Hold down Alt-key and Right click to a position

The units will now gather together instead of keeping formation.

Yeah, this is not exactly a bug but an issue with overall pathing. Excluding the fact that units get stuck, the path finding works fairly well when using Alt+Click 2 (or Ctrl+Click 2)

I will try it, thanks for your suggestion!

This issue is very common and irritating, but I hope this command you pointed out will help me bypass it!

Moving units around is infuriating at times, where proper micro is made extremely hard! If you have a group of units, and click an area for them to move to, they move to the area, but don’t group at the X you marked on the map. Instead, it seems that the units just group around the area, effectively trying to average their position AROUND the X. I have no idea why this happens, and it doesn’t happen in every case. The attached video shows it happening to monks and villagers, but I couldn’t re-produce the steps using Chariot Archers. 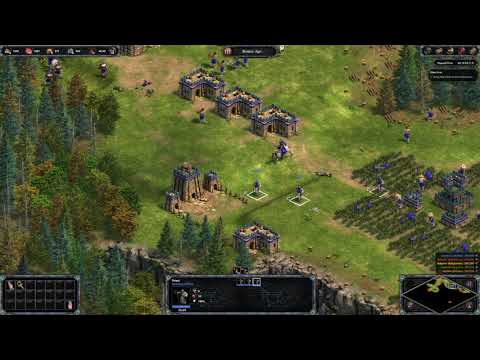