Just thought id leave my 2 cents as a game developer my self since the topic is interesting. I would assume some form of inverse kinematics is being used, but is probably not always active due to the high cost of calculating tons of units at once. I would assume that it will be optimized on release and inverse kinematics will be always active and not bog down performance.

I highly doubt it has something to do with the animation tech. While I didn’t dig into the issue shown here, the clipping of larger objects (catapults) results IMO from simple collision detection. This can be done intentionally by trying to save performance or just something, that isn’t “polished” yet.

What I believe happens:
The geometry sampling/intersection testing is too coarse for big objects and thus, the object misses information to adjust correctly to the ground around it. Just of it this way:

They check for one point per object. If the object is too large the point of interest is still on even ground while the nose of the catapult is already halfway in a rock.

They check for two points on each end of the catapult. This will allow to adjust it to a slope but will break if, for example, a spike is in between the two points.

And so on…
I didn’t investigate this issue by myself, so this is a rough guess. I just floated the forum and was highly irritated by some comments in this thread.

And AoE3/4 are obviously fully 3D rendered games which can offer therefor free cameras, which would be nearly impossible for AoE1/2.

That’s actually what I meant and also said by pointing out the differences between the engines, but English is not my native language. You can used prerendered sprites perfectly well together with real-time rendered sprites. It’s all about performance in that case.

Could you explain to me why they put a flat always centered zoom on a 3D rendered environment?
That just doesn’t feel natural at elevated areas. So my (main) critic is that the zoom doesn’t follow the terrain elevation just a little bit.

The Essence engine surely offers that as we can see in all the other games made with it. And middleware like Havok was used in AOE3 in 2005 to ragdoll the crap out of individual units, cannon balls and building debris without much issue.

They check for one point per object. If the object is too large the point of interest is still on even ground while the nose of the catapult is already halfway in a rock.
They check for two points on each end of the catapult. This will allow to adjust it to a slope but will break if, for example, a spike is in between the two points.

Yeah or just throw in something hacky like that. This is literally something you could give to an intern, but seemingly our 60€ don’t justify that.

If you mean that the camera isn’t going back and forth on higher/lower terrain?
Fair point, this is some QoL other games do. But it’s just that, they could do it as they could get the information needed to do so.

Yes. That’s what I mean, but also that it zooms at mouse pointer position, so you really dive in to that point and area, so the camera flows a bit with it and that location becomes the new center. Call it smart zoom if you want.

With hill fights it will be important that you can rotate the view. Yet, there are no specific hill bonusses afaik.

Wait, are saying you can’t rotate the camera in AoE4? I didn’t try it, but I expected it to be that way, as it was that way in all other relic RTS.

I think i see the problem.

In real life, some units are not suposed to go on some higth terrain inclinations.

I do not know if developper could set up a terrain limitation for every units, on witch inclinations the units could walk on.

It will also give a new reason to use foot solders.

I know that in medieval time, siege enginear worked the land, to allow transport and instal siege wepons.

Also, for the floating units problem, mabinogi team work out a great solution, when they created the game vindictus.

They articulate each units leg and body, to have a nice walk and stance on any land elevation.

If elevation become too higth, the unit slide down and fall.

Maybe aoe team can learn from them?

You can rotate the camera of course using hotkeys. Doesn’t take away that the zoom doesn’t adjust to elevation or focusses at the point where you put your pointer, so you need to scroll and move over to that position too. I’m searching for a game from the pas that did it very well. That might even be one of the first Warhammers.

If it’s fully 3D for you, fine, but not for me and developers. Both can be used together or one of them for all. Orthographic makes it possible to rotate the viewpoint and so whole projection, something that is impossible with isometric projections.

you know that you can rotate the camera? right? you can see the 3d models

Wait, are saying you can’t rotate the camera in AoE4? I didn’t try it, but I expected it to be that way, as it was that way in all other relic RTS.

@PCS70 I’m still not sure what you’re on about. You throw around random words and wiki links and talk about AOE4 using sprites to represent units which is clearly bollocks. Whats the point here?

Yes. And in orthographic all sides are defined even the bottom and top (flatland) views which is the biggest difference with isometric which is just a still moment from a certain point (angle) of view. If you take multiple detailed stills (like 32 with DE) and then put them after each other in a sprite you create a rotating 3D object, but still it’s one still you see at that time on a flat screen. I can’t wait for holographic projections btw.

Can we stop talking about zoom and camera rotation please and get back on topic? Thanks.

I don’t see how that’s very relevant to the issue exposed in this topic.

BTW, Battle for Middle Earth, an RTS from 2004, had units which could properly angle on hills. Given that it was the same engine as Command & Conquer Generals, I suspect that that even older game also supported the mechanic.

My mathematics teacher used it to teach me about polygons. Without polygons no 3D rendering. It’s also related to positioning and transposing positions.

It was by no means to offend you. If you feel offended, my apologies.

They check for two points on each end of the catapult. This will allow to adjust it to a slope but will break if, for example, a spike is in between the two points.

This would be an acceptable solution if not very elegant. At least it would get rid of the “quicksand” terrain clipping we have now. I suppose the effect would still break on lateral slopes and would need 4 points, one for each wheel, or horse leg, to properly work.

BTW, I’m okay-ish with cavalry being kept as it is, because when a horse goes uphill, it bends its front knees a little more to keep the back relatively horizontal and the rider also bends forward. If you crudely make horses follow the slope, the rider would end up in weird angles.

Rider seen here going uphill, bent forward and not perpendicular to the ground: 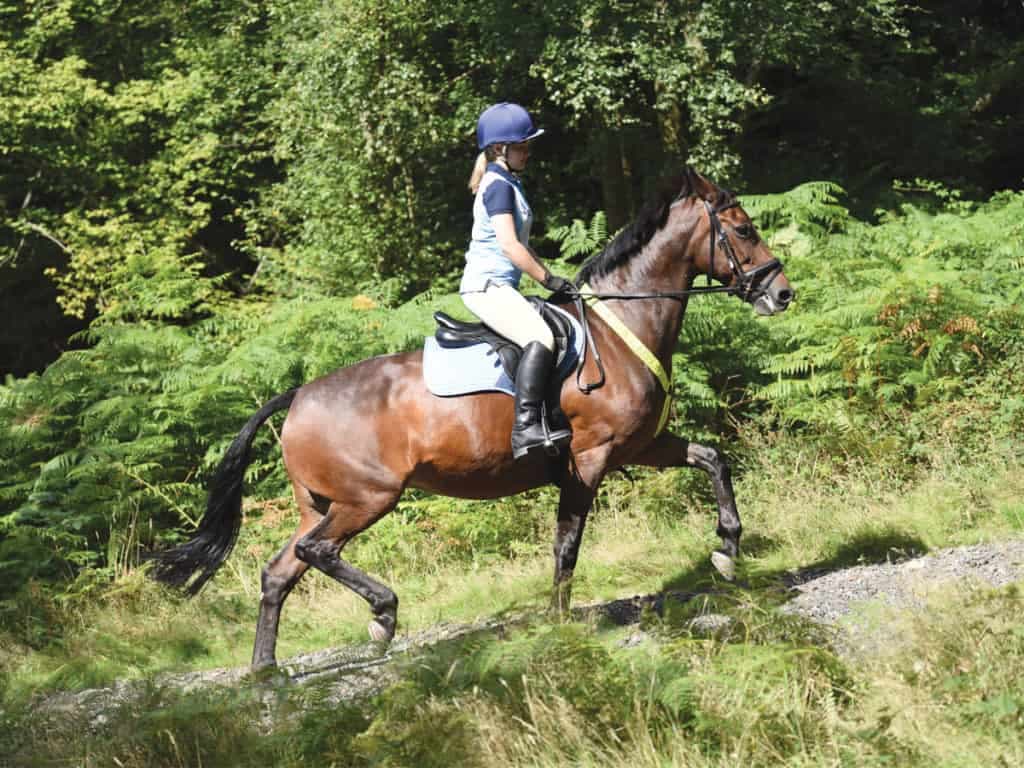 My mathematics teacher used it to teach me about polygons. Without polygons no 3D rendering. It’s also related to positioning and transposing positions.

It was by no means to offend you. If you feel offended, my apologies.

No worries. I’m not offended. Just wondering what your point was. Guess there is a bit of a language barrier here.

There are other aspects I noticed like the aggressive LoD popping or the flickering foliage. It’s hard to tell without insider knowledge, but I really think by now they struggle with their tech and the scope of the game. I wouldn’t hold my breath for launch, but maybe a sophisticated update like the graphics DLC for AoE2. Just seems they run out of time and have to cut corners, but that’s just my guess. But If tech guys stay on the project/engine for another year, I see this definitively in the realm of possible updates.

You know, it’s weird because they did not have to reinvent the wheel here or anything. The game engine was there, proven extensively by CoH and CoH2 and same as you, without insider info you can only assume things, but my assumption is that AoE IV should be basically like a big CoH2 mod/reskin with the help of the actual devs and source code. That is clearly visible when you hold right-click to aim and attack with siege. The target “lines” are identical to those in CoH2.

I compared AoE IV to Flight Sim 2020 before since both are games from Microsoft, part of an extensive franchise with fervent fans and released after a long hiatus. FS2020 is also riddled with bugs and was released almost as a beta, but that game really pushed the graphics bar forward. There’s no game that can wow me today like FS2020 did and still does from time to time. If you have to start from scratch to justify next-gen everything, the bugs are understandable.

AoE IV is just treading familiar ground. They didn’t even have to adapt the engine for RTS, it was created for that purpose. If anything, they seem to have broken a lot of things done right by the engine already.

But If tech guys stay on the project/engine for another year, I see this definitively in the realm of possible updates

With CoH3 to work on? Wouldn’t count on that ^^