units get stuck in buildings. when a big army fights, it’s seems some units get “into” the buildings, and then can be moved. I’ve noticed it in the 2nd scenario of Tariq Ibn Ziyad, but maybe it happens in other scenarios / type of game as well

It happened twice in the same scenario (I’ve restarted the game and happened again. it did’t happened to me in other games, but then again, I usually play online and there’s either more or none space between buildings (you know, campaings have this cities where buildings have 2 titles of space beetween each other). so in this context I will say always 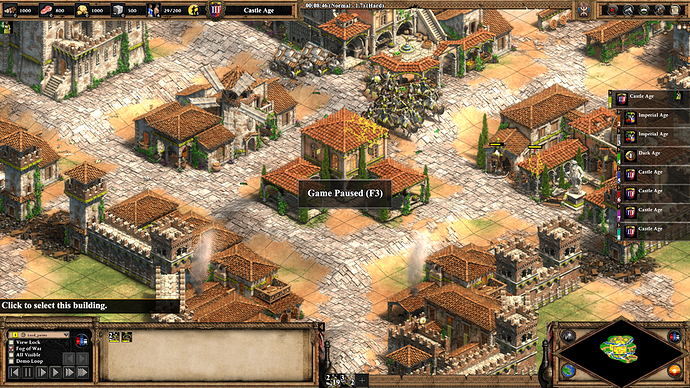 Thank you for the report! We’ll take a look and see if we can reproduce the issue!

I’m afraid that this issue was not reproducible as of the latest builds.

In your screenshot, it looks like the Siege Workshop building is overlapping with the University building—a bug that was fixed following the January update. Could that, perhaps, be related to the units getting “stuck” in the buildings?

If you’re able to reproduce the problem, please let us know (with another replay) and we’ll take another look. Otherwise, I’ll close out the task so the team will know it’s no longer an issue.

Hey! Thanks for replying.

Maybe it got fixed with the last hotfix, i don’t know. Didn’t try again either.

I’ll report it again if it happens again