Unlocked cards in campaign mode can't be used when playing

DESCRIBE THE ISSUE IN DETAIL (below). LIMIT TO ONE BUG PER THREAD.
When playing the Ice , Fire and Steel campaign, I unlocked shipments for malta even though i can’t use the homecity in the first scenarios. When I could, I realized none of the cards I choose where unlocked, and even though I had a level 6 Homecity, I also coulnd’t unlock the 6 cards that weren’t unlocked, so I effectively lost 6 shipments. Since you can use the homecity in the first scenarios, I thought I could save the unlocks for then you can, after the 4th scenario, but alas, shipments dissapear here too. Not only that, but the not unlocked cards still count for the deck limit. Now I don’t want to continue the campaign because I can only use the first deck with only 5 or 6 shipments on it. Please try to fix it as soon as possible because it breaks the campaign.

What was SUPPOSED to happen if the bug you encountered were not present?
The shipments you unlock should stay unlocked. 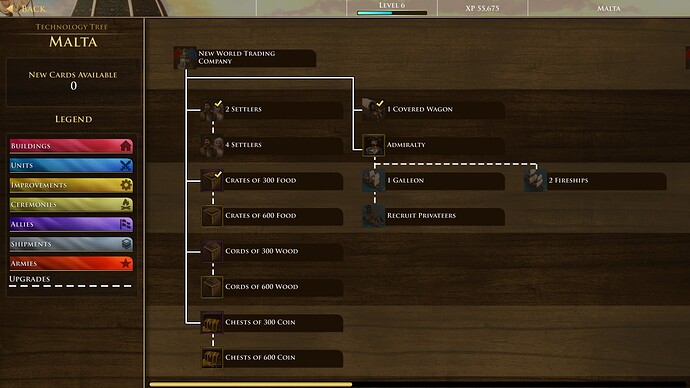 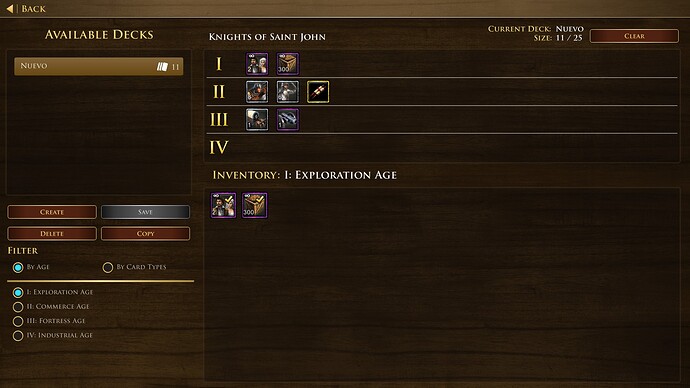 I just tested with the japanesr campaign, its not happening only with malta

I’m experiencing the same problem, since the update whenever I try any of the campaign missions none of the previously unlocked cards are available and unlocking new ones doesn’t add them to the deck.

This issue has been forwarded to the relevant team and it is being tracked. Thanks for the reports!

I’ve same problem with campagn.
I’m still waiting for the patch that will solve the problem

I first noticed it during the last couple missions of Steel, and now I’m having the same issue with Fire. It’s not made the game unplayable, but my usual playstyle is to rely on the reinforcements sent by Home City cards. I am literally only able to use the starter deck, even though I copied it, then deleted it. It also resets my new card selections, so the cards I unlocked aren’t even staying unlocked.

Yes !! This is maddening. I have been trying to my new card selection and updated deck to “stick” for weeks off and on between scenarios with no luck. I’ve tried with the Indian and Japanese scenarios and no luck in both cases. In my mind this makes the campaign unplayable – at least not to the level I used to play on the non-DE edition. How could this not have got caught in testing?

I am still having the same problems after the recent patch.

bump, this bug takes a lot of fun out of the campaign and its pretty annoying to see it still around after being reported so long ago

Any ETA? I wanna keep playing the campaign and the game but It’s no fun if there is such a huge bug like this one…
Been waiting for some weeks now to resume my gaming
Would be nice any ETA for the next update

Any news on the fix? Very annoying to play the campaign now

update on Tuesday guys, hopefully it should be fixed then

Bug appears also for me. Will stop playing until its fixed. The bug is too huge (even game-breaking) to omit it.

I just got back into AOE3 DE after the big announcements and trying to play the campaign now. I also ran into this bug. The cards I unlocked on the previous campaign have re-locked so I’m back to the base deck after beating the second scenario of Act II Blood, Ice and Steel. I hope this gets fixed soon…