During a routine cleanup of my machine I found that AoE4 has downloaded the campaign movies 9 times, all different languages. In my case C:\Program Files\WindowsApps\Microsoft.Cardinal_5.0.7274.0_x64__8wekyb3d8bbwe\Cardinal\Movies\Source\Campaign, I have EN, DE, FR, IT, ZH-CN, KO, PT-BR, ES-419 and JA. all of which are roughly 6GB in size, as per the article here;
Age IV download size – Age of Empires Support
The download size is meant to be dictated by preferred language, of which I only have one, English (United Kingdom).

Can you please do something to clear this, my understanding is that this isn’t the case with AoE4 on Steam and that version only downloads the preferred language, and then the others if they’re “requested” in game. 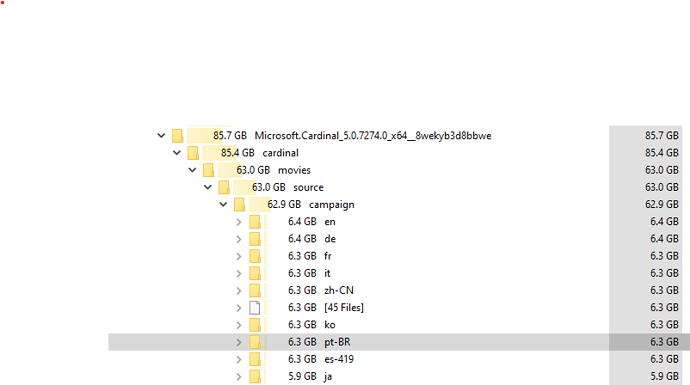 Hey @Shemone! Unfortunately I believe this is MS Store behavior. When installing the 4K Asset Pack, it will grab assets for all languages detected on the computer.

If this isn’t the case, and you do only have one language installed, reply back and I can have the team investigate further.

Hi @SavageEmpire566 , just chiming in to confirm that I’m having the same problem that @Shemone is having with the install size of AoE4. I’ve confirmed that there is only one preferred language installed in Windows, but AoE4 still downloaded the campaign movie files in every language. As these files are stored in the WindowsApps directory, they cannot be removed by any means that I’m aware of.

I’m running the game on Windows 11 via the Game Pass app; a screenshot of my language settings is below. 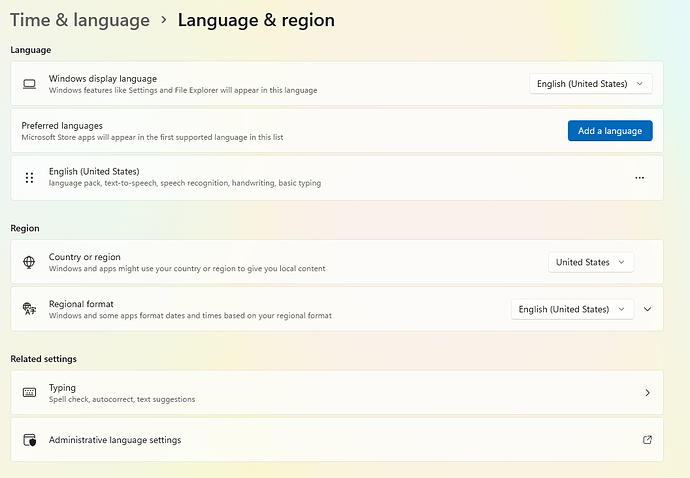 I can confirm that this is nothing to do with the 4K asset pack, i have reinstalled the game via the app.

As you can see this is not the 4k asset pack, as that is labelled as Age of Empires IV + 4K HDR Video Pack. I also only have one language installed; 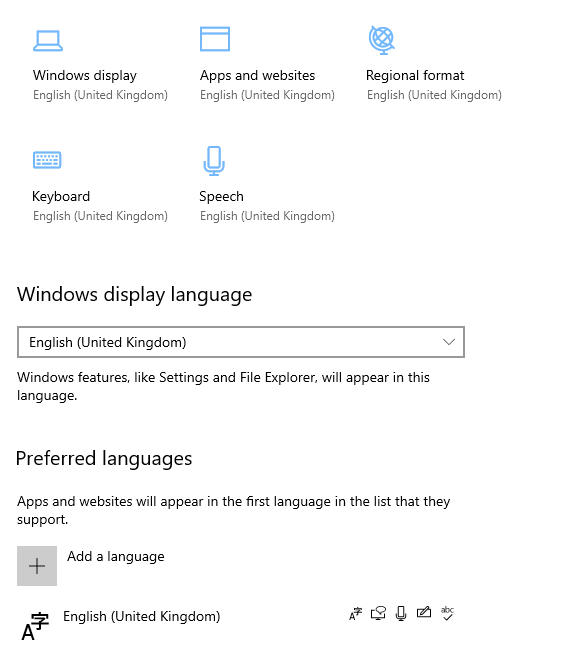 Thank you for following up @Shemone and @SaintHubbins! Apologies that you are seeing this. I’ll take it to the team.

Could you also do the same for the actual folders of the English version and then one other version? 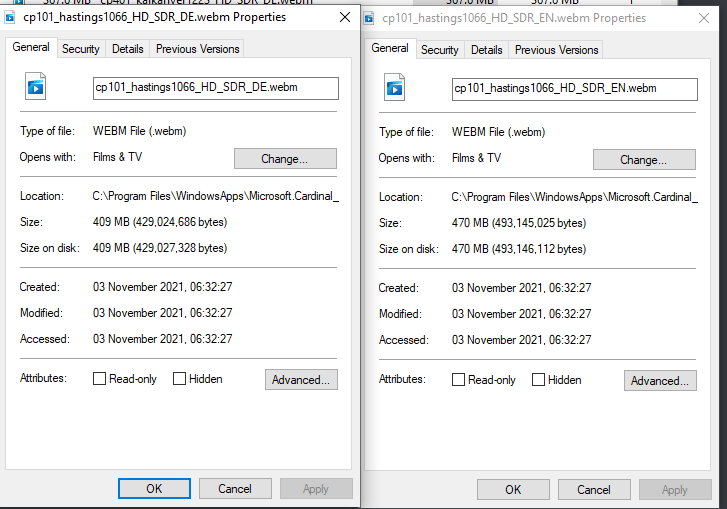 Any chance you can do the same for the actual movie folders themselves that contain these two files? 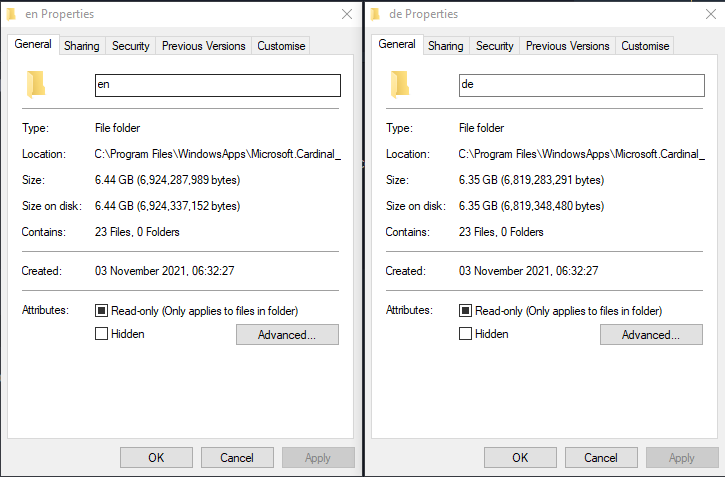 @Shemone In the folder, the English version of the videos should play. Can you try that just to make sure I know what I’m talking about? Then, can you try the same for one of the other languages and see if the movie plays? You should get an error.

I get this error when playing the DE version;

Ok, yeah, that makes sense in the weird, annoying, mystical ways of the MS Store. I’m told this is actually a function of how MS Store works. Those files are just stubs that help allow for a complete download should you add a new language. Those files aren’t actually there and are apparently giving an inaccurate reading of file-size. The only way to check for the actual size that Age IV is taking up is to view it in Settings > Storage.