Hello, I got problem with aoe, when I download and install aoe I got message that I should update it for newest version but I cant do it, when I check updates it doesnt show

How i can fix it?

I guess you are using the Microsoft Store version; people have said that the Steam one is better. I have that one, and it works fine whenever there’s an update.

Unfortunately, the Microsoft version (I -also- heard) requires the full game to be downloaded again instead of just applying a patch. It’s really annoying. You’re not the only one that needs help regarding the issue.

You could try reinstalling the game, or using Windows Update, to see if the issue gets fixed, or you can get the Steam Store version, included in this package (you could buy the games separately, but I don’t recommend that since they’re a little bit more expensive that way).

I downloaded game yesterday and it doesnt work

You need upgrade your Windows to the lastest version.

what? I need update windows to get update game?

Yes, for sure. I cant understand why some people never update your system.

Probably you still have the old client installed. Try to search in MS store for Age of Empires (old client isn’t listed anymore) and then open Age of Empires: Definitive Edition in MS store and if it’s not installed you should be able to install or launch it. Make sure you tile this one to your start menu or taskbar. 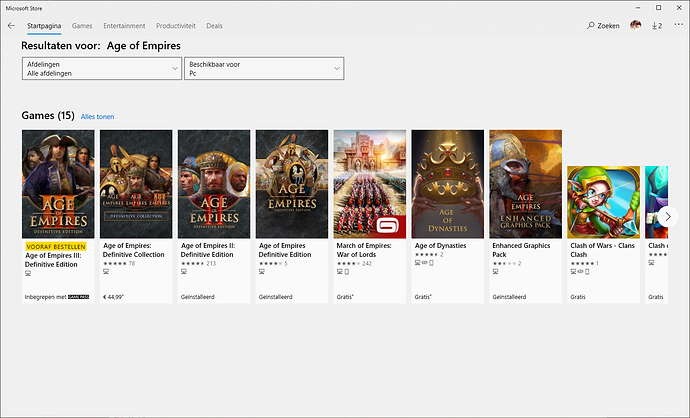 It worked, thank you verry much