Actually, Germans existed for a long time. Nations are typically named after the people not the other way around. Frederick the Great was Prussian and German.

Russia and Sweden were both well-established colonial powers. The Germans as whole eh. The Hapsburgs were definitely very imperialist though.

dont agree with that, the navy was an absolute power unit which is why Denmark got involved in the Napoleonic war to begin with (well if we exclude the minor skirmishes that happened with France in the beginning)

placement in the center of 1 of europes most important tradelanes also made the country extremely important for the trade and incredibly wealthy.

and then there is the 30 years war, while Denmark certainly didn’t do a great job this is more about a series of bad decisions and broken promises from their allies than anything to do with capability, the country was asked to go in since it was seen as the most capable country that was in a position to actually interween at that point, had that war gone different or had Denmark simply not gone in (at least alone) then europes borders today would look different.

but anyhow, was Denmark as important as Britain, France and Spain? obviously no, was it so unimportant that no one cared about it? the answer to that is also no, Russia in particular wanted to be on good terms since their weakness in naval was basically nullified if the country helped them out, Britain always held a good deal of respect to the Danish navy and it is worth pointing out that when the 2 sides finally did engage it ended tactically inconclusive and tied a big chunk of the royal navy up for the rest of the war.

Thanks for the feedback
nice to see someone who knows history

Russia, Germany and Sweden were not colonial powers

Lucky they moved away from that theme then

opens the way for more civs too

Forgive me Lord, for I have sinned: 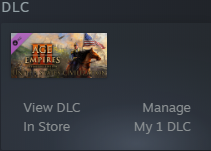 80k score at 30min and NO VILLAGER CAP.
Gatling guns are already OP without the no reload tech,
Walls are quadriple strong from ‘State Constitutions’
30 HC cards throughout the game all OP, like German settlers
Free market upgrades
500 Food to Age 2
holy crap Treaty with USA

me testing with AI 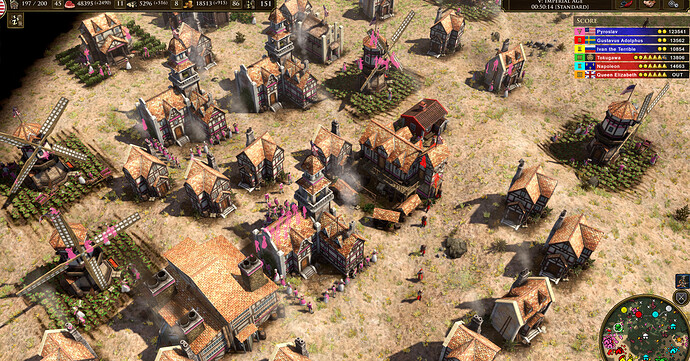 Why on earth just only US have the 30 cards from HC? And many more question arises…

I think the game should be renamed to “Age of US”.

so honest opinion after trying them in treaty once: they are not particularly great, their boom is not as good as 1 would imagine esp considering you trade.

Also for some reason i never got my 3rd factory haha

you cant actually get 3 factories, the age up option only allows you to get 1 earlier so if you are going industrial within a few mins then i’d guess you have dont gain so much from it.

One more card slot for you to choose i guess

US have the 30 cards from HC

the Danes were never a major power on the international stage

Denmark and Norway formed an alliance and occupied Iceland and Greenland.

The Hapsburgs were definitely very imperialist though.

Since USA is civ, Austrians (or Danubians) should also get civ. They were definitely different from other German states. Besides, they did not join the united Germany.

I believe that the Germans could get a unique Age up (obviously different and better balanced than the USA civ). Civ Italians could also have the same.

For example, choosing Hesse would allow Jaeger to be trained, while choosing Switzerland would allow training Swiss Pikemen. Choosing Prussia would improve the stats of Skirmisher, Musketeer and Uhlan. He could also give Big Button - Prussian Discipline (more HP for a few seconds). Italians civ could have similar Age up mechanics.

Austrians would be civ focused on infantry and economy. Austrian UU - Hajduk (archer, using axe in hand-to-hand combat. Instead of Crossbowman), Pandur (ranged light gunpowder infantry. They would use Yatagan in hand-to-hand combat).
They would have HC Cards that would enable them to train War Wagons (the Czechs were part of their empire) and Hungarian Hussars (Uhlan would replace the Hussar by default).

i wouldn’t quiet call iceland occupied but sure.

what denmark-norway was is a personal union but highly integrated (only 1 capital, high cooperation esp in the navy and economy).

Iceland was what is called a “bi-country” essentially it was a semi automatous region under the Norwegian throne ruled by a governor. same applies to the faroe islands.

greenland also is a bi-country but more of a colony since it has indigenous people living there, never the less it is not governed by colonial rule.

but beyond this Denmark also had proper colonies in west Africa, the Caribiens and India.

Thanks for your supplement

Lets discuss specifics. The gatling gun appears to be able to easily own any unit(s). It also appears to be as good as a culverin at defeating enemy artillery. I lost 3 great bombards to 3 gatling guns (he was in fortress I was in imperial) VERY quickly and they seem insane versus any unit which gets cut to shreds before being able to close the distance. They appear to need a nerf unless they are supposed to be a unit that beats all units except culverins (maybe they beat those too, I don’t know). It is certainly more powerful than the 2 falconet shipment other civs get, there is no question about that.

Edit: after further play, culverins do in fact beat them. However gatling guns appear to counter cav just fine, cutting them down before they can get into melee. Maybe they should have a damage penalty vs cav and other units that are supposed to counter artillery. I just noticed that gatling guns also only cost 100 wood and 250 food? And yet they are far superior to falconets vs troops (but probably not buildings) which cost 100 wood and 400 gold?