USA Marines not healed past half HP

GAME INFORMATION
I discovered this bug originally in a game where I got a healer as a treasure reward while doing a marine push. See below for details, but I was able to easily replicate this in a skirmish, over and over again.

ISSUE EXPERIENCED
when you send the United States Marines card, minutemen no longer lose HP, essentially making them able to be used as normal units, among other buffs. however, healer units will not heal them past 100HP. I first discovered this with a healer treasure guardian when I was doing a marine push and wanted to heal all my minutemen to full HP after sending the card to assist with the push

I further discovered that this applies to ALL healer units, including the surgeon the united states can train from the church. I saved a gameplay recording of me displaying the bug in perfect view. 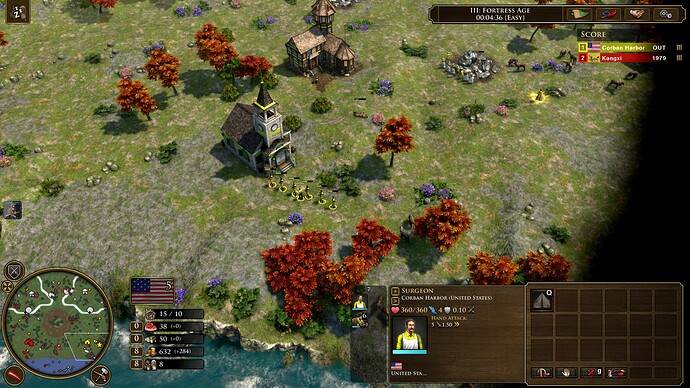 This seems to be because minutemen cannot be healed (for balance reasons). Marines are a minuteman upgrade, so I think this is a feature, not a bug. I agree they should be able to be healed though.

Early on in DE’s release they could be. It changed somewhere in the past several months.