Exactly I would not have said it better…

Tatars probably aren’t going to be a civ. They’re already represented in the Tengri Shrine.

And? There are two Indian minor civs, three if you count Sufis. And most European minor civs represent civs that are already playable.

Not to mention Lakotas, Hauds, Aztecs and Incas were all minor civs before being playable.

Tatars are a much weaker civ contender than those. We’ve already got Lipka Tatars and Tatar Archers so there’s even less options for the unit roster of Tatars.

We never know with FE
Nobody was expecting Sicilians or Burgundians in AoE2, or Hausa in AoE3
I also don’t think anyone was expecting an Indian DLC to actually happen, although many people were hoping for one.

Sicilians are a variety of Normans so I’m sure a few people expected that. Burgundians probably weren’t expected, but they were a powerhouse in the middle ages so they’re a good pick. Hausa was unexpected, but their successors the Sokoto caliphate was prominent and powerful. The Indian dlc treatment AoE2 got is way more urgently required for AoE3.

In comparison to those other civs, Tatars are extremely minor. They’re more on par with groups like Serbians or Armenians who are similarly situated in the borderlands between massive empires. The best way to feature them is as components of other civs which was done with Horse Archers. And if you want a central Asian civ, Uzbeks would be a much better option.

Of course, good point…so the Tatars could be a playable civ…

Sure, that’s true…there is a lot that they take into account to put a civ…

It is not a split, but if they could put thematic cards: Technologies and Mughal units, Maratha mercenary units from fortresses age,symbolizing the Maratha confederation and already in industrial mysore rockets (which would be congreve rockets but with Indian skin)…

The Maratha Empire or the Maratha Confederacy, was an early modern Indian confederation that came to dominate much of the Indian subcontinent in the 18th century. Maratha rule formally began in 1674[note 1] with the coronation of Shivaji as the Chhatrapati (Marathi: "Keeper of the Umbrella"). The Marathas were responsible for weakening the Mughal control over the Indian subcontinent. Maratha rule officially ended in 1818 with the defeat of Peshwa Bajirao II at the hands of the English Ea The M... 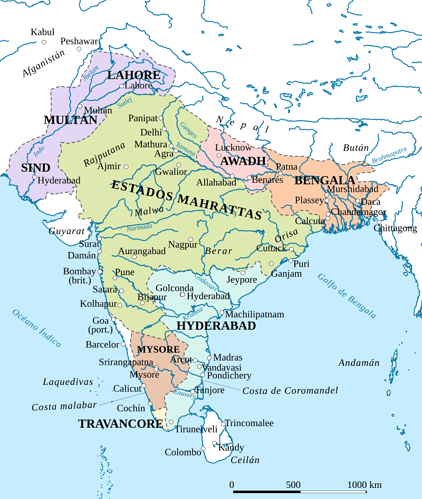 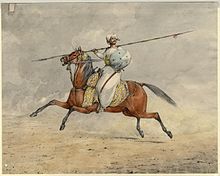 The Maratha Army was the land-based armed forces of the Maratha Empire, which existed from the late 17th to the early 19th centuries in India. Shivaji, the founder of Maratha Empire, raised a small yet effective land army. For better administration, Shivaji abolished the land-grants or jagir for military officers and instituted a system of salary or cash payment for their services. During the 17th century the Maratha Army was small in terms of numbers when compared to the Mughals, numbering som...

Below was the structure and ranks of armies of the great Maratha at a high level during the reign of Shivaji: Cavalry was divided into two at a high level:

The infantry consisted of the below:[9]

Mysorean rockets were an Indian military weapon, the iron-cased rockets were successfully deployed for military use. The Mysorean army, under Hyder Ali and his son Tipu Sultan, used the rockets effectively against the British East India Company during the 1780s and 1790s. Their conflicts with the company exposed the British to this technology further, which was then used to advance European rocketry with the development of the Congreve rocket in 1805. There was a regular rocket corps in the M... 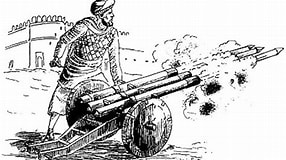 Will the republic of San Marino be there too? What about Greenland?

of course, that too…it can be an entire Asian rework… Persia with zamburaks, India with Maratha units and Mysore rockets, Tatar units for China and Russia, Philippine units for Spain and Ainu technologies for Japan…

San Marino would be included in the Italian civ (Garibaldi was exiled there in 1849) and Greenland in the Danish civ (In the early eighteenth century, Hans Egede re-established contact with Greenland, becoming dependent on Denmark in 1814, following the dissolution of the Kingdom of Denmark and Norway)…

Right, the challenge is what will make Persia a unique civilization that doesn’t already fulfill a gameplay niche already covered by an existing civilization. If we can present a way to make Persia unique and balanced, we can make a stronger case for their inclusion.

Persians should be the only AoE civilization that can create architectural, literary or artistic ‘masterpieces’ that can activate area effects or perhaps conversions on different area levels (though I now feel that’d be better for AoE4, with all the landmark area of effect stuff).

Would be newly strategic, and a gameplay breakthrough.

I think Persia would be a good choice for a small DLC for the AOE anniversary this year. Persia was one of the Civs in AOE1 and with adding it to AOE3 you can finally play Persia in all 3 AOE DE versions.

Yeah it’s the perfect candidate for an AoE3 anniversary single-civ DLC to fill the most obvious missing civ.

Of course, they are already putting mechanics of aoe 4 in aoe 3, eg the Lakotas and their mobile buildings, just like the Mongols in aoe 4… 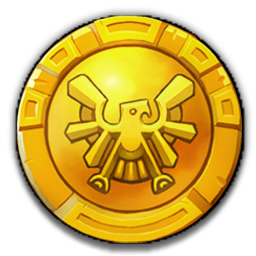 The Persian Civilization is one of the six playable civilizations in Age of Empires Online. It was released as the third civilization on October 18, 2011. Also, it was unveiled as the first Pro Civilization, which meant it required purchase to play.... 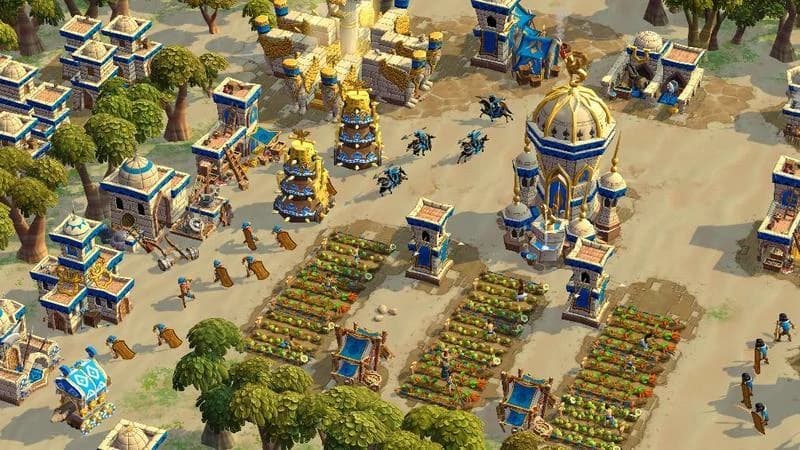 Yes, although it is most likely an Asian dlc composed of 2 civs: Persia (XVI-XVII century) and Oman (XVIII-XIX century) in September-October and as a simple civ Brazil in December as last year…