Villagers and buildings don't have train/build options when selected

Sometimes, villagers and building won’t have options to build or train units. In other words, the panel where the “train unit button” is would be empty.
The unit will still move and attack, the building will still place way points. Because of that, i can’t say if military units are affected, but i believe so. Also, shortcuts won’t work for the selected game object.
I saw this problem in private co-op loobies with friends.

select the unit/building again, and they will behave as normal. 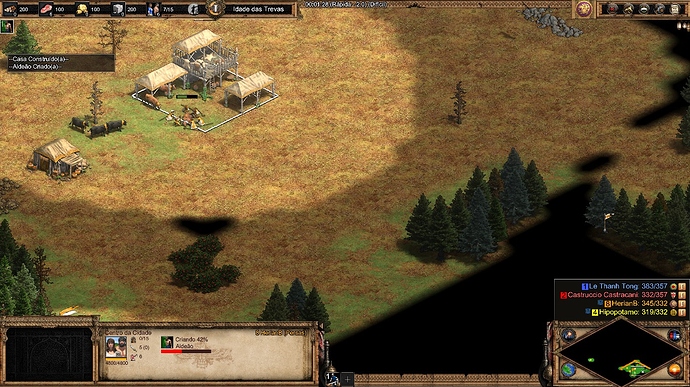 Details on the issue:

In this screenshot, i selected my TC and placed a way point at the near forest, and then spammed AAA. But it ignored my order to produce more villagers, even tho i had the resources.
When i looked to my screen, i noticed the bottom left corner was empty, and figured that maybe the game wasn’t able to load the object atributes or something on these lines. Selecting the TC again fixed it. Btw, the villager being produced was on the queue from earlier.
It also happened to villagers, and an archery range in other games. Sadly, i don’t have screenshots for when this happened.

btw, merry Christmas for the guys working here in this holiday!

This happened to me since I started to play on beta (just for the record it was on October). But I didn’t post anything about it or reported the bug cause I still don’t know how this happen. Like what actions or keys combinations to make to trigger the bug. But for me it happens more frequently like 1 or 2 per game.

Happens all the time, 90% of the time right after the start.
Also when this happens in middle of the match i ending without upgrades like “horse collar” or “axe” or even “bodkin”. I’m going to buildings and click upgrades with hotkeys but that didnt happened because of bugged interface. Veeeery often i click to imp and i see it #clearly, but after 5 minutes i noticing that imprial up is not working. It cost me some games! Also this happens to top players during the stream (for example Viper and Mbl dont research horse collar and dont up to imp because of this)

This issue is currently being tracked, thank you for the reports.