I played vs the hard AI as Chinese and at some late point of the game, its workers finished a woodline. They then became idle. The AI only fixed it after I “lured” them towards a woodline with my scout.

Earlier in the game the workers were also sometimes idle for a moment after a woodline was finished. But the last one was really long term. It had 4909 food and 5573 wood, so maybe it doesn’t go for more food and wood as easily if it already has that much? But there was nothing to mine either, so idk if that makes sense.

On this picture, all the AI workers except the ones just next to the lumber camp are idle. 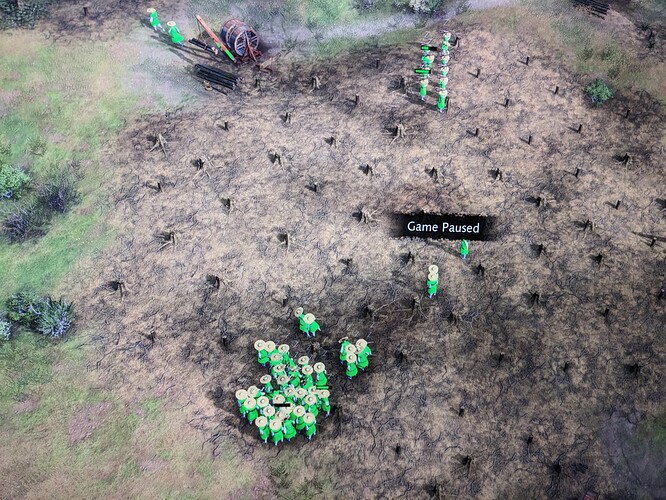 Thank you for reporting @RubyLykos! There should be some improvement coming for this very soon.