DESCRIBE THE ISSUE IN DETAIL (below). LIMIT TO ONE BUG PER THREAD.
Since the last update, units no longer appear smooth and triangular meshes become visible.

The easiest way to reproduce the issue is to use the scenario editor. To make the meshes more visible one can turn the resolution to the highest possible.

Put down a unit (e.g. flail elephant) and observe the units. One can try to place the unit on a hill (which can be also) produced using the scenario editor to make the details more visible.

The units should appear somewhat realistic, as shown in this poster 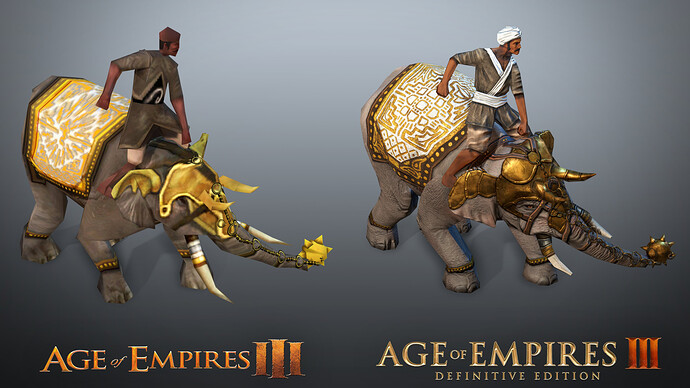 IIRC, this had not been an issue before the last update. One can also see that the unit in the posters does not suffer from this issue.

This is what units actually look like in the current version:

A comparison to the poster and (I think) previous versions

these weird triangle meshes also appear in some terrain.

Hi guys, thank you both for pointing this out. We’re currently already aware of this issue

In the newest version, this is not fixed for me. I just want to make sure that this is still being tracked and is not an issue with my graphics card.

I downpatched and compared the current shader and the old shader. Night and day difference! Hopefully this gets fixed soon.
Old, correct version: 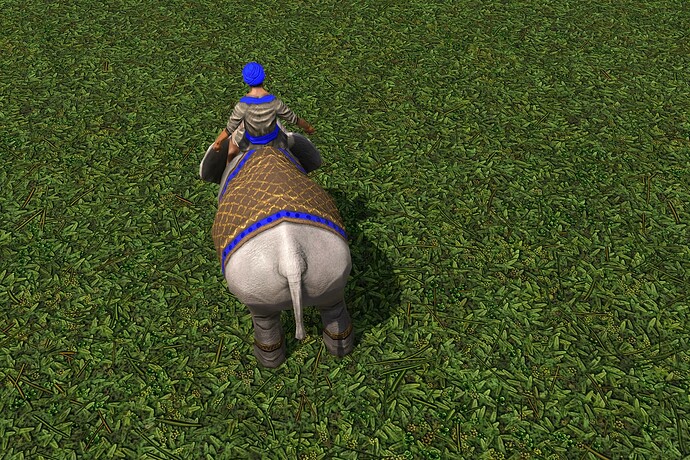 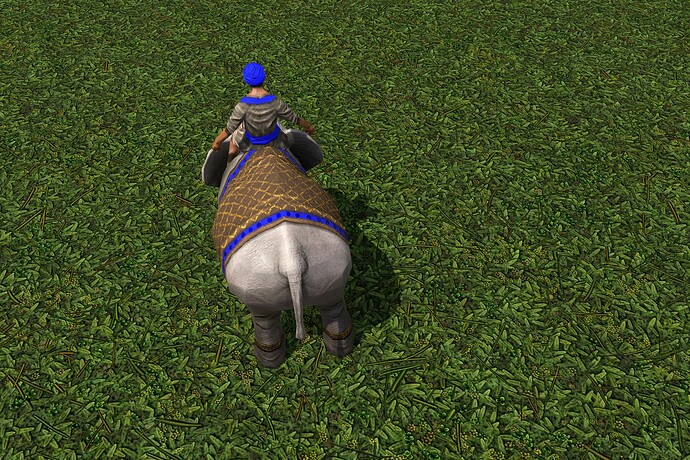