In the latter stages of a game, when there are tons of units on the screen, I see artifacts when the siege pack/unpack animation triggers. The artifacts appear as vertical blue lines (same blue as the default player color) which flash just for an instant. They can’t be captured in screenshots, so they seem to be coming straight from the GPU.

Has anyone else seen them? I have zero artifacts or visual glitches in any other game, and in AoE 4 they only happen in that very specific instance of siege packing/unpacking. My GPU is usually overclocked but I tested at stock speeds and it still happens.

I’ll try to record a video with my phone since it’s the only way to capture it.

Hey @EricGonzalezM! Would you mind contacting support here with a summation of the issue and your DxDiag? Appreciate the report!

@SavageEmpire566. I just managed to record this glitch after a few tries (but honestly I haven’t been playing that much). Here are some screenshots:

Sorry for the photo instead of screenshot but as I said, the artifacts don’t show up in screenshots. I see no artifacts in any other game or 3D program and my GPU was not overclocked when playing above.

I am pretty certain this is an AoE IV bug since it specifically happens only when packing/unpacking siege. There’s nothing else in the game that triggers this visual artifact.

I will get a ticket created for this.

Thank you for creating a ticket! There was a really old bug that may have caused something similar, so I’m just curious: Is your Image Quality preset set to low? Is your Gameplay Resolution Scale set to anything other than 100%?

This are the exact graphics settings when I captured those shots above. I set V-sync to 60fps and stays at 60 unless I scroll too fast: 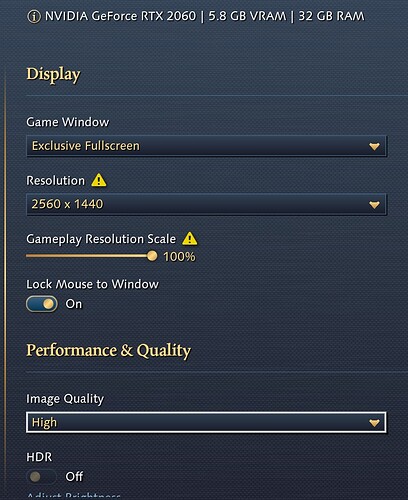 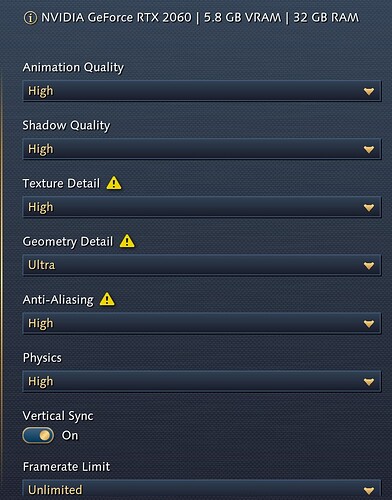 Some months back when I first noticed this glitch, I was running @ 4k and around 70% resolution scale but it looks sharper @ 1440p and 100% so I switched. It happened then and still happens now. I think I tested it with bottom low settings everywhere and it still shows up, which is one more reason to think that the GPU itself is not the culprit, but it does happen only after a long game, say, 30+ minutes, so perhaps it has to do with how many things are being rendered/calculated on or off-screen.