Wait... what is this new linked 3DE thing?

I’ve never followed any announcements for DEs when it comes to these things. 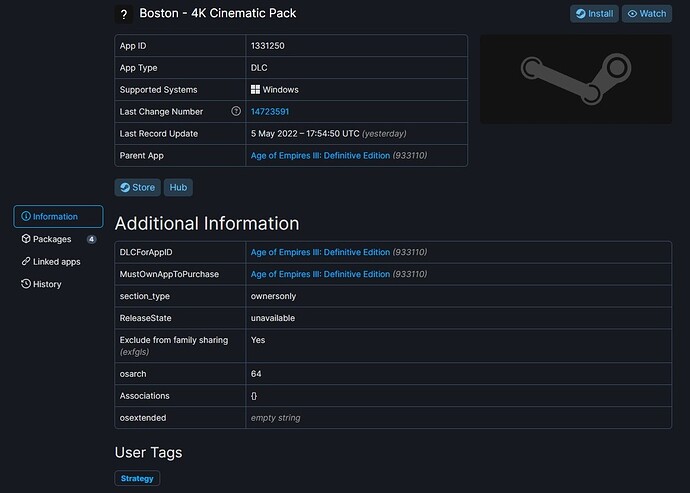 What does it mean? Is this a codename, a distraction?
Aren’t cinematics, most of them, rendered in-engine?

There are few in AoE3DE\Game\Movies folder. Intro, and five for act finales.
But it’s a bit weird to have a DLC for it, but on the other hand, I guess they might weigh a bit. But not that much in the grand scheme of things.

It’s been there since the game came out. I think it has something to do if you upscale your game to 200% (4k). Maybe it downloads the videos in a higher resolution? Now, if it has been updated yesterday, maybe they’re introducing new videos with the update/DLC.

It was updated yesterday, besides not showing anywhere on the client side.

I bet for the second. Who would pay for… cinematics?

It could be a full-blown art pack that a lot of us asked for, though I doubt it because like others have said, it’s been there a while.