Wallenstein’s Contracts states all Mercenary shipments are free. However, once shipped many shipments are not free. Infinite mercenary cards are not affected (I did not test team mercenary cards). From a balance perspective, this makes sense, but the text is misleading. The detailed cost breakdowns are insufficient, as long descriptions like that often run out of space (please note the screenshots are from different games but the issue is the same)

As just an opinion, I think the tech should at least lower costs for infinite shipments, as the infinite merc shipments were single-use in the original AOE3 and were affected by the tech (I love the change to infinite uses BTW). Lowering the cost would keep it in the spirit of the original game. 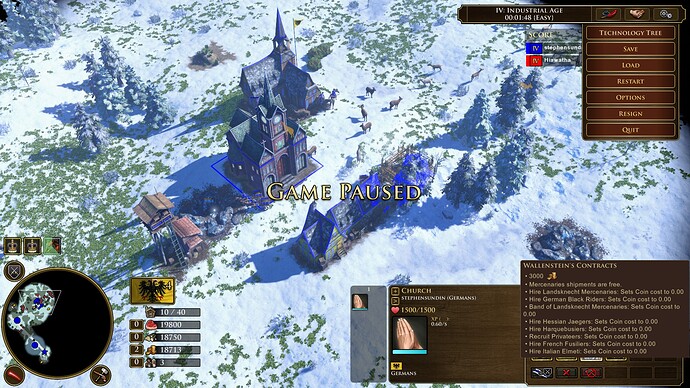 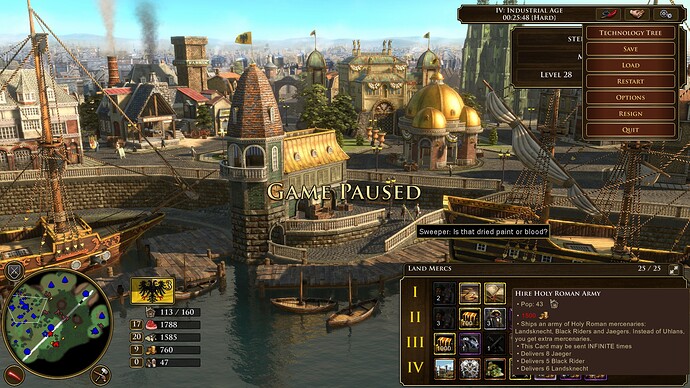 Team ones are also not affected.
The price of the technology was reduced with the Definitive Edition because the big Mercenary shipments where not affected anymore.
But I still think it needs a rework.

Thanks for the report. This issue is now being tracked