Weapons & 3D of the game

I wanted to make a bit of a thread discussing some models, colors and weapons. First off I want to say that the models in this game do look very good and yes this is a close-up shot (we’ll get to that). I also modded the game a bit to actually use the correct french spearmen weapon, which actually looks about 10x better than the current one. I do hope we’re getting fixes for the weapon models soon.

If you look at the images on the further away units and the ones closest to the camera. The ones close actually have different coloring and details, that gets brighter and disappear when further out and it isn’t only the perspective. (You can try this yourself by simply scrolling in and out, the unit colors will become brighter)

The colors actually become less contrasted and details on team color disappear. Probably to increase visibility, but it would be very nice to be able to turn this feature off, and let us have higher LOD from further distances on graphical options. 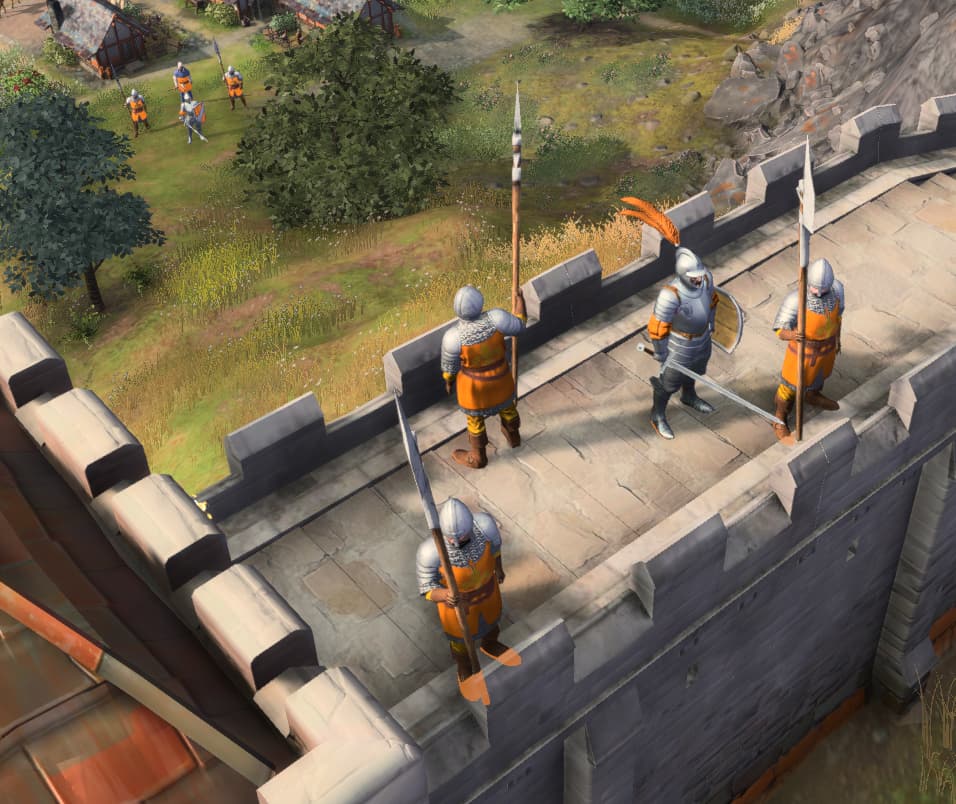 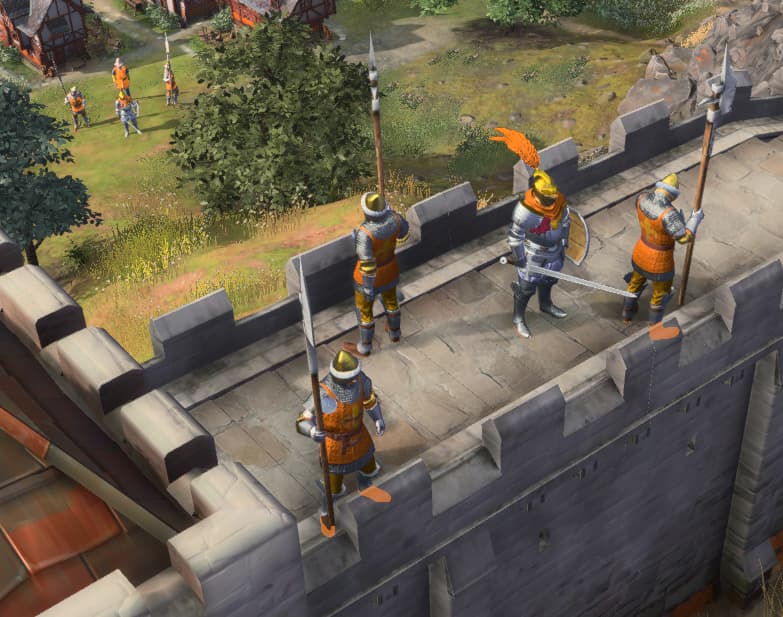 For comparison the current weapon model. Which is almost white and very low poly. 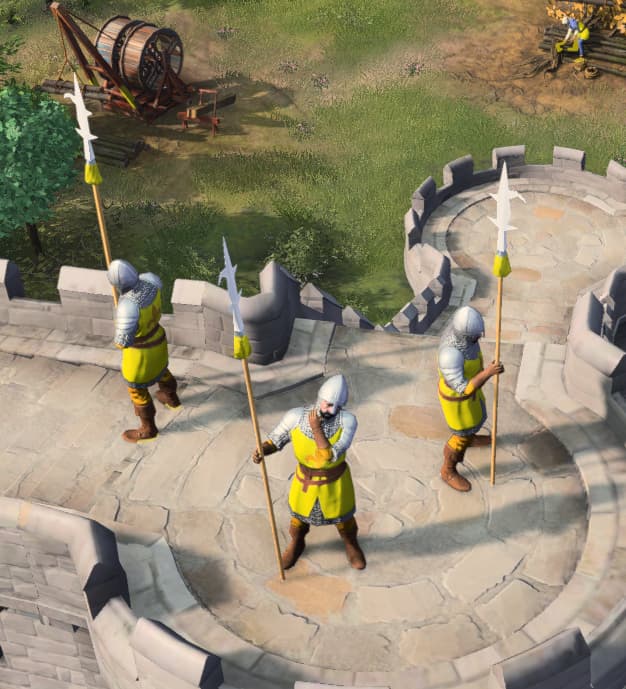 Also the golden helmets, look a bit off because they’re missing composition. I’d rather it were more like this and it was a rather quick and easy color photoshop. 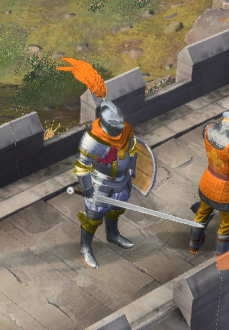 For comparison the current weapon model. Which is almost white and very low poly.

This is a point that has been brought up constantly. Weapons really look like “big clean plastic boards” which do not fit very well with the rest of the graphics. They need some little more metallic feelings.

Agreed! Some weapons are better than others but with the distance to the camera, they need more contrast to get that metal feeling.

It is always worth to continue the discussion, bring several opinions in and show what direction we would like to go!

I wanted to demonstrate an example, that details and visibility can still be a factor despite distance, depending on silhuette, textures and models. Don’t mind the T-pose, I just didn’t bother to animate them for this. Also that details still matter in the distance. 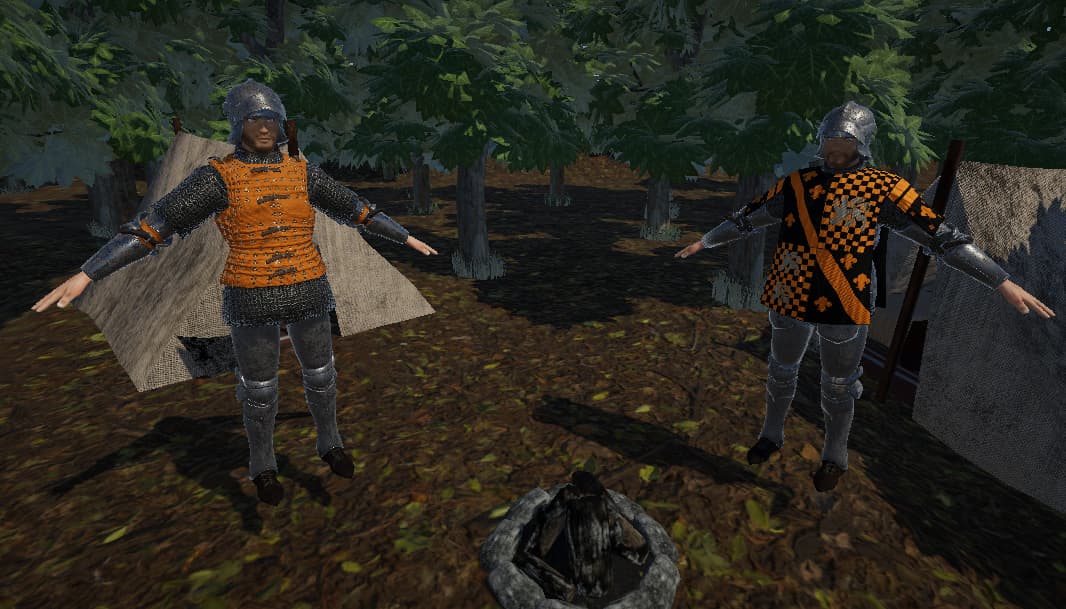 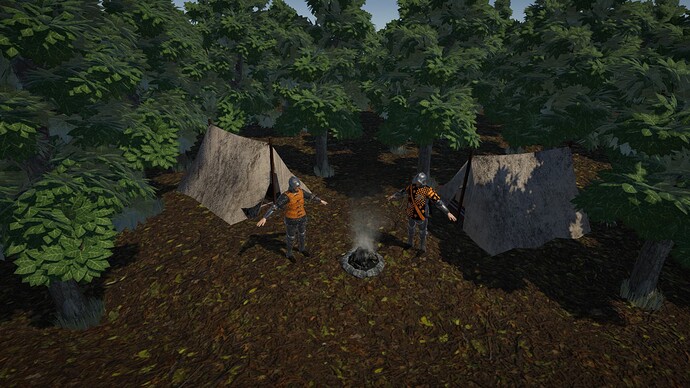 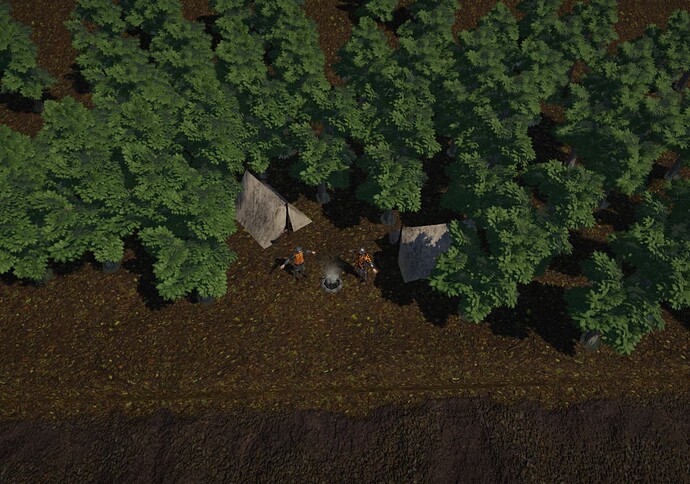