Before the start of the ranked match, i was able see the opponent’s Civ, and thought that was just a bug.
10 minutes into the game we finally noticed that we were allies, and we couldn’t change to enemy, so my opponent resigned. But our ranks did not change.

Don’t know how to reproduced it, but i was Cumans Vs Vietnamese in a 1v1 ranked random match.
Screenshot : (notice that we’re both on the same team, and the +0 rank ) 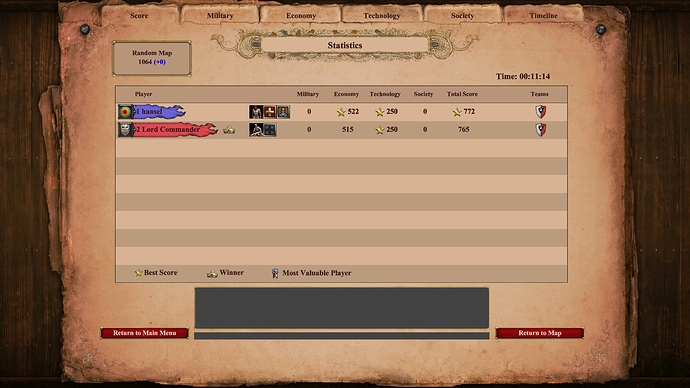