Weird radar-looking thing on the right side of the game

Hi, I just have installed the game today, so this may be a silly question but when I start the game there’s a weird circle on the right side of the game, At fist i thought it was part of the UI but It doesn’t seem to communicate anything, on the game options there isn’t an option to remove it, and it is present at literally every moment, not just during a game, but in the options, the campaign window, and even in the game menu.

It seems to be reacting to something, but I do not have idea about what it could be. to anyone that could help me with this issue, thanks. 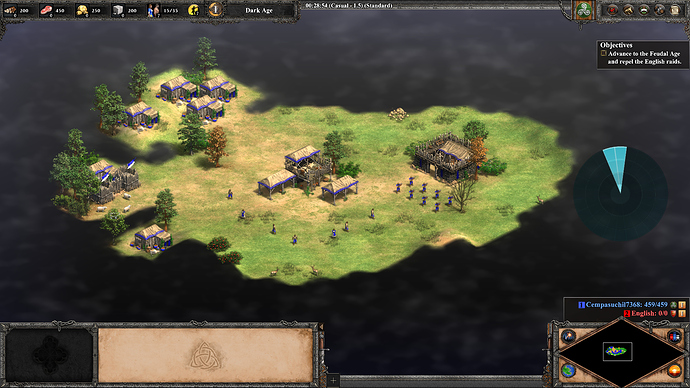 Never seen this before.

I think of something like recording software. Do you use something?

No, I don’t. I think it could be some external software too, but I do not have idea which could be causing it, it only appears in this specific game. I will search in some of my apps to see if someone is doing so.

Looks like it could be some sort of Windows 10 desktop widget, or some sort of overlay for your GPU or other hardware in your computer. Do you have any special utilities that monitor temps, fan speeds, or load of your processors, etc.?

Does the radar animation change?

Thank you all for helping me with this, and for other people that may have this problem to I have found the solution.

It is caused by an app called “Nahimic Audio”, some gaming computers and laptops may have this software preinstalled. To turn it off you should type in the windows browser “Nahimic” and run the app with that name, then select the tab “sound tracker” and toggle the power button located there. By default it has “LeftAlt + 1” as a shortcut to activate it so you may want to delete it or change it for avoiding turning it on again by accident, the option is in the same tab.