See video i provided.
Even though the gate is open and I even delete the gate, the villagers path finding is still weird.

More correctly, it affects all the units pathfinding when walking to the destination beyond the converted buildings(included monk-converted and ownership changed by triggers). Selected units have to be ordered several times close to the buildings(especially the gates/walls) so that they can pass the buildings. Otherwise, they will not go outside the buildings/gates/walls unless there is a hole initially that did not block all the way to outside(For example, player receive a non-player-1 city). This issue cannot be fixed that delete any received gates/walls even rebuild a gate by player again.

Can have a try of 6th mission of Grand Duke.(Just one example, replies complained this issue as well)

Is this unique to the mission or did you encounter similar problems on rm-games?

I had checked the issue, it occurs when player receives the wall/gates from other player(In campaign/scenario by changing objects ownership), it will not occur in rm-games.

All units when being ordered to the destination beyond the wall/gate, they will not choose the shortest path and forced to bypass the gates/walls, even though there are gates that they can go through.

What happens when you convert an enemy building with Monks and delete it? Does it also affect the pathfinding of villagers?

Just tested it, it affects as well. I had tested it on scenario only, I am not sure if RM game has the same issue.
I tested that pointed a destination beyond the buildings, units path finding will become weird.

Heya.
I just experienced the same issue as shown in OP’s video, whilst playing the Dos Pilas historical battle.

Rebuilding the gate also did not remedy the issue. The only way to move through the area was to set multiple waypoints over it with very short spaces in between them.

I have not had this issue occur in RM games; I think it’s to do with conversion in scenarios. Incidentally, this issue also used to happen in Age of Empires 3 campaigns but I think it was fixed with DE.

LOL the vills are scared to go out

I assume that those two bugs have the same cause as the gates you get in that mission are converted from another faction. So apparently the game stores information about the state the gate was in right before it was converted or at least I assume that is the case. This is apparently a thing since the hotfix and it is annoying as heck because it makes some missions almost unplayable.

Now, sometimes they actually go through the gate if the movement command is only a short distance but especially when using gathering points, the units almost never work through the converted gate.

Edit: yep, that’s what I thought. I just started Dos Pilas, where you “convert” a village with walls and several gates very early into the mission and intentionally put a unit into one of the gates before taking over the village. When I now try to pathfind out of the village, the units will always try to go through the gate that was open during the takeover. 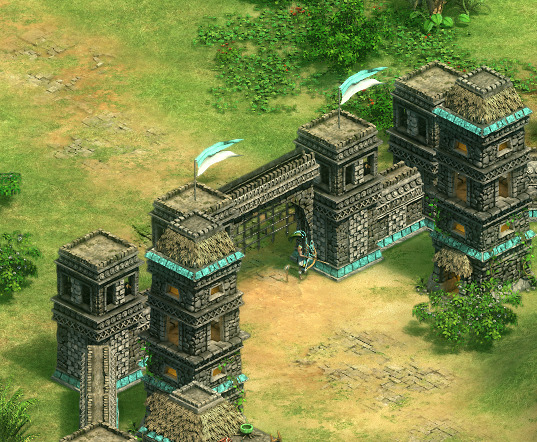 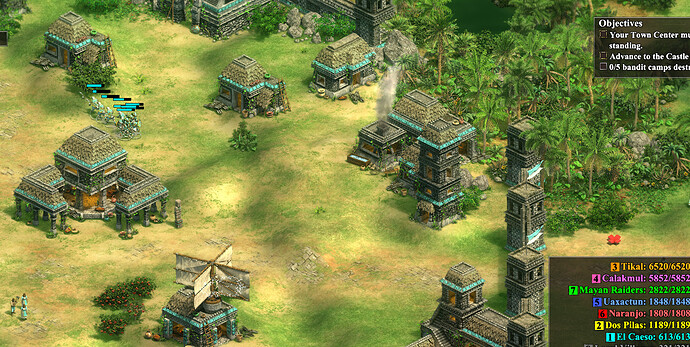 So apparently the game does not properly “delete” the converted building for the faction it used to belong to and as such, the game permanently stores at least some information about the buildin in the state it was in right before conversion

I was playing the Cyprus historical battle yesterday and this problem annoyed me. Even deleting the gates and walls, the units don’t see the path. The only way is marking several waypoints very close to each other until pass the “gates”. Very annoying.

I’ve had some issues with weird villager pathing since last update.

Villagers are targeted to the woodline but ignore the clicked tree. Instead they move weirdly towards other trees who are further away.

You can see it in the uploaded video file. Especially at 0:30 seconds, where i have the “view locked” on:

hope this helps by improving or tracking issues.

Yes, it is very annoying when playing campaigns. Hope it to be fixed soon.

I found the same in Ivaylo mission 3. I noticed it with my Cavalry though so this is not limited to villagers. My Cavalry was trying to re-enter my base (after killing trebuchets) through solid woodlines rather than walkable gates. I’m having the same issue since the last update, most campaigns are pretty much unplayable right now because of it, is there a way of making the devs know about it?

tested this and yes, saving and reloading does fix the problem.

It’s important that you save and reload AFTER the “conversion” took place though.