Wen the devs will nerf the gatling guns spam

the gatling guns is too cheap how they will nerf this unit? 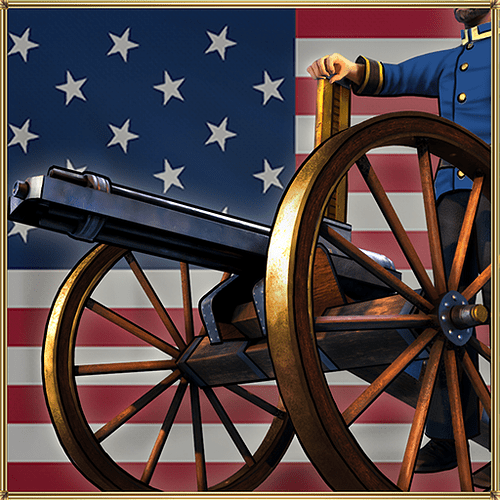 Make. Culverins. No more of this nonsense please.

sure with etiopia is easy do culvs ty

I saw the screenshot you posted before the edit and all I have to say is you were never going to win that battle and it wasn’t because GGs are super duper OP.

The fact that they have only one counter is too sad, and just confirms what the homie said.
Mass Gatling it’s just too strong and it’s counter too slow to produce.

y ya no se me ocurre nada más

AOE3 combat was designed in such a way as to have each unit countered by at least 2 types. Coffee Mill guns are effectively countered by Culverins and come out nearly even with melee cavalry. In Team Games where the teammate protects the guns, this becomes even harder to beat back.

Nerfing Gatling guns or coffee mill should be done, at the very least to make them more succeptible to both ranged and melee cavalry, as with all Artillery units.

tbh i do wonder if we need to rethink the class of units like gatling guns and organ guns.

how the splash damage works benefit them immensely, they deal small amounts of damage repeatedly meaning they are more likely to hit damage cap and so less likely to overkill

while normal cannons will overkill its target shot.

I also forget what happens if the gatling kills its target mid burst and when the reload starts from.

I wish they had negative bonus against cavs at least.

It’s tricky because they’re weak to most other artillery. So any civ with artillery is not really going to be majorly challenged by them, but any civ without it is screwed.

I think at least Coffee Mill Guns should be moved to age 4 so cavalry has a chance against them in the mid game.

Gatling guns should only be able to be produced from factories.

I hope that is not a serious suggestion . Seeing that they are wayyy weaker then any of the heavy artillery produced from the factory.
Gatlings aren’t really OP, I’ve played games as the US and built a lot of Gatlings late game but my opponent was good with his culiverns and horse artillery and hussars so he beat them. Team games they are really good though in age 3/4 if your allies guard them. I think they should be weaker against buildings