What are the bottom 5 civs now?

Any ideas on what are the bottom 5 civs are after a lot of the weaker ones were recently buffed?

Please vote for what you think are the least powerful 5 civs in the game right now. BUT BEFORE YOU DO MAKE SURE YOU’VE READ THE NEW MAJOR GAME UPDATE THAT HIT YESTERDAY! As a lot of the weakest civs were buffed so now the weakest civs may have changed.

I’d go with Tartars, Cumans, Portuguese, Turks and Byzantines. Although maybe the Vietnamese and Teutons still need some more buffing and they may still be bottom 5. And Goths are probably still pretty weak on closed maps … although I’d say just for being strong on maps like Arabia they’re no longer bottom 5. Thoughts?

Super nice post. I think you should makenit a poll.
I don’t think they’re too many weaks civs arround. I think tartars are currently the worst. I agree teutons and Vietnamese could use further buffing, but I think they are quite decent civ right now.

I think you’re pretty much right. I would put them in this order (from the very worst to a little better)

Altough I think Portuguese are currently a good option for island, since fetoria buff

Who thinks that giving the Turks elite skirm and pikemen in exchange for SLIGHTLy nerfing their UU would be a start at getting them to be a decent level civ? The obvious weakness of Turks has always been that they are the ONLY civ without elite skirm and pikemen. Literally every other civ gets both of those units … and the fact that they have excellent scout-line units is not enough to make up for that.

I’ll make it a poll

I would give elite skirmishers to turks, since I find archers really hard to counter effectively, even with gold units. I like the idea of turks being a gold depending civ, so I would give them piked: tjey have camels to deal with cavalry. Elephants can be a problem, yes, but jenisar can kinda handle them.

Yeah, maybe leave their UU alone and just give them E skirm. For them to be the ONLY civ that has neither pikes NOR E skirm has always been a bit overboard, IMO. Poll is up, by the way. Everybody please vote for your bottom 5 civs but please first make sure you’re familar with the major update that hit yesterday as it’s changed the civ balance.

Just for clarification: I think only tartars are really bad right now. Turks could use elite skirm, but that’s it. Portuguese and Koreans could get a little bit more powerful, either land or water.
Byzantines, well, they lack a power late game unit, but since they can overflow with trash, and have a decent navy, with excellent fire ships, i think they’re okaysh
And Teutons/viets could still get some small buff. But after thinking, i’m just voting for

What a wonderful trash unit that would be.

I only considered the Vietnamese civ is the worst.
Worse should be Tatars, Chinese.
Rattan archers must be Champa unique unit (rattan is malay sound) if there will be newly patches.
Is Vietnamese good cavalry archers like the Mongols? Not really accurate.
Battle of Binh Le Steppe, 17th January 1258: 30,000 Mongols and 10,000 Yi soldiers under Uriyangqatai defeated Taizong of Chen’s 100,000 army in Binh Le Steppe, west of Hanoi. The Mongol cavalry archers circled and ambushed the Tran heavy cavalrymen then they crushed the Tran infantry. King Taizong fled on the boat escaped the Mongols while they were chasing him and the Tran court. Uriyangqatai failed to catch king Chen Taizong as a prisoner of war. Two days later, the Mongols sieged capital Thăng Long (Hanoi) and sacked the city, Chen court fled to Thái Bình (south east of Hanoi).
Pic: Bình Lệ Steppe today 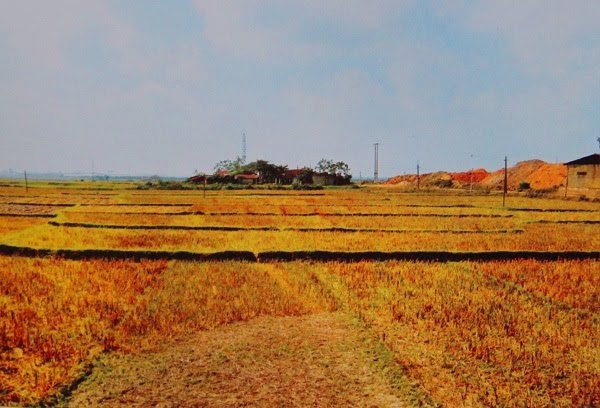 I only considered the Vietnamese civ is the worst

Did you saw the last update?

Don’t worry. Check it out and give us your opinion

I agree that Turks only really need to be given elite skirm but the elite skirm upgrade is such an important upgrade that change alone will makes a big difference and stop them from being bottom tier, IMO.

I think Koreans are a mid-tier civ now. I don’t think they need any buffs.

Portugese are probably genuinely strong in water now with the fetoria buff, although that needs testing, but they definitely need a buff on land maps.

After watching DauT’s opinions and gameplay on Vietnamese since the update … I think that they are definitely not bottom 5 anymore and probably don’t need further buffing right now. The no wood cost for eco upgrades is a lot bigger of a deal than I thought because vietnamese aren’t weak late game but before they couldn’t get there but now they save so much wood early on that they can get there a lot easier.

Like I said more than once, including in the OP, it’s vital that nobody votes until they’re familiar with the new balance changes as a lot of the weaker civs are no longer as weak as they were now.

I agree i whay you said. I should try Portuguese now. Where did you saw Daut opinions? Twich?

Twitch, yep. His final game yesterday he played Vietnamese vs Mongols on 1v1 Arabia ranked after the new update. And I’ve basically changed my mind about disliking the Mongols getting Steppe Lancers because Our Lord Daut has explained why I was wrong and why the whole update is awesome.

I’m sorry but you can’t seriously claim Cuman are as bad as Portuguese. Cuman have an actual eco bonus, while Portuguese do not.

I think only tartars are really bad right now

You would have to remove way more techs from Turks before their CA being trash is acceptable, like Teuton CA/Celts HCA level of bad.

Worse should be Tatars, Chinese.

Welp, fear not, Chinese are more like top 5. I’m even genuinely surprised you could miss all the claims of Chinese being OP after them receiving Printing block.

I think it’s to give more versatility to the Vietnamese. Also, while the HCA of both civs are roughly equal, the Mongols will almost never go for this unit and use Mangudai instead, and those stomp Vietnames HCA.

Nah, I think they are like the unbuffed Goths of water maps: they have good late game bonuses (caravel deathball) and not so good bonuses, like the gold discount not mattering enough, or wasting 20 pop slots and stone on bad ressource generation that will only matter after 2 hours in game. Their buff only slightly improved the Feitoria in a situation where it was already somewhat useful, but it won’t do anything to prevent them from sucking from the start to the insanely late game.

Frankly, I think that the only civ that is actually bottom tier are the Portuguese, while Goths and Turks still hover around, not because they are complete trash but because everyone else is so good and closer from each other.

Portugese do have an eco bonus … it’s similar to the korean one. It’s the cheaper gold cost on units.

I agree that the Portugese are weaker than the Cumans, at least on land maps, but the Cuman eco bonus was (a) nerfed (b) never as strong as people thought it was, and difficult to use similar to the malay advance bonus (excluding the early beta where they could make more than one additional TC). it was the combination of them having that eco bonus pre-nerf AND having the pre-nerf OP faster moving Steppe lancers that made the Cumans so strong before.

The Tartars also have a better eco bonus than the Portugese, at least for early game, but I still think the Tartars are weaker. Overall i’d say that they’re the weakest civ in the game right now.

It’s hard to put the bottom 5 civs in order of weakness … but I’d say that if we’re talking about a combination of both land maps and water maps (I think the Portugese would clearly be the weakest civ if we were talking land-maps only) … I’d say it’s in this order:

The Tartars are, as I said, the weakest civ in the game, in my opinion. 2nd weakest is Turks, mainly due to them being so one dimensional and lacking both the elite skirm and the pikeman upgrade. Next I’d put Cumans … as the 3rd weakest because they’re nowhere near as strong as they used to be and so many other weak civs have been buffed. Then I’d say the Portugese is the 4th weakest, just ahead of Byzantines, as 5th weakest that are a lot better on land maps and still decent on water.

But the prupose of this thread is not to rank the order of the weakest our of the 5 weakest. It’s just to pick the 5 weakest civs, in your opinion.

But for whatever it’s worth, that’s the ordering of the 5 weakest civs in terms of most to least weakest, for both water and land maps, in my opinion.

Altough I think Portuguese are currently a good option for island, since fetoria buff

Yeah, I’m surprised nobody is talking about this. The feitoria was already pretty good on FFAs and some island maps, and it was buffed pretty substantially in the last patch. Also, Portuguese lategame combo of Organs/BBC is one of the strongest ranged combos in the game.

Yeah, maybe leave their UU alone and just give them E skirm. For them to be the ONLY civ that has neither pikes NOR E skirm has always been a bit overboard, IMO.

You could make the same argument with Goths and stone walls (pre-DE) or Spanish with xbows. I agree that Turks may be slightly underpowered ATM, but I like to think there’s a more elegant solution than “Give everyone all the same techs/upgrades” Others have pointed out that the Turk fu skirm is still better in some situations than some other civs that get Elite Skirm but miss out on bracer and the armor upgrade.

Koreans could get a little bit more powerful, either land or water.

It seems to me that the wood discount (includes ships by the way, giving Koreans basically the wood portion of the Viking ship bonus) put them in a fairly strong position already, I really don’t see them needing anything else right now.

I think they were a lot of changes in this patch, and thus, a lot of things to consider. I think Portuguese got a descent buff with the fetoria, but only for certain maps. I would like them yo get further buffing.
And Teutons… Well, they still sucks agains arrows. I love infantry, but they should get some way to deal agains arrows, since they’re a slow civ with bad skirms. The buff didn’t make that much, just make the TK a little more niche.

And Tartars need a Buff. Worse civ of the game, without doubts