What are the chances of having the Empire of Brazil as a future civilization for Age Of Empires III DE?

Brazil became independent way too late in the timeline and they don’t fit the themes of the game.

Probably not likely, there are other civs that are more requested, like Italy, Hausa, Ethiopia, Denmark, and and Persia, but if we ever get to the point that we finish all more requested civs, I could see Brazil being added, I do like the idea but there are better civs

Totaly agree, the five civs you cited are great. It would even prefer Mexico instead of Brasil, for their war with the US.

Indeed the US should not have been in the game. Can’t be changed now. Don’t see this logic of “opening” the door. Just because you ate that donut one day doesn’t mean you should throw your entire diet out the window.

Yeah just because USA is added doesn’t change the fact that adding post-colonial nations is out of place within the context of the game. We’re just gonna have to accept the blunder that is the USA and hope the devs can move on to civs that actually fit the game.

Not gonna lie though, my eyes hurt a bit when i see the american flag in exploration age. Any other civ in the game make sense in that era except the USA.

I would really like Brazil to be added to the game, independently and not just as a revolution, just like the United States.

Actually, whoever likes it, the “American” group now exists, and it only has the USA (you cannot include them in the European or native technological group), therefore the adhesion of Brazil is very promising, as well as Italy, Korea or Ethiopia. They probably add more, like Mexico or Argentina, all these civis had importance in world history and participated in conflicts. And well, with the accession of the United States, I consider that there would be no problem, remember that the AoE3 timeline ends in 1880, with the battle of Little Big Horn as the most current event (1876), in those years several American countries they already had their identity and their weight in the world.

importance in world history and participated in conflicts.

Not in this timeframe. Their only real conflict was the Imjin War, and they were getting crushed by Japan worse than the Natives by the Europeans.

what prevents it is that we actually miss good nations which should be in this game first.

African nations first comes to mind. After that we still miss Denmark and Italy as “major” colonizers. And probably an Indonesian civ to a) outbalance DE giving 1 euro and 1 native civ and b) we dont have a civ from that area.

Besides I still dont care about the argument we have USA already now anyway, one mistake doesnt warrent another. USA already feels out of place first 3 ages and the general is just cringe “FoR aMeRiCa” how can people not see this civ as a joke honestly? The gatling gun upgrade is it literaly being plastered with gold.

Instead of Indonesia, I’d much rather have Siam, Persia or even Oman… But maybe that’s just me.

It’s american exceptionalism at its worst, they are British 2.0 in the AoE3 timeline.
We have so many other civs that were more prominent during the 16th to 18th century but it’s not MURICA so who cares amirite?

what would be the unique units, gameplay mechanics, etc of Brazil?

From another part of the fromus, my suggestions:

Of course the most popular option is Brazil!
It was the largest empire in South America, and would be cool to play with Voluntários da Pátria as Musketeers, National Irregulars as Skirmishers and Guardas Honorificos as Dragoons.

Perhaps having a large focus on Cattle Economy, since it was huge in Brazil.
Cards like Pau Brazil could discount Wood costs for Buildings and Ships, instead of increasing gather rates.
Mandioca could boost Farm gather rate, but be the only card to do so in their deck.
Molasses and Sugar Cane Plantation cards could also show up as big Age 4 Estate gather rate boosts, since the word even comes from Portuguese. 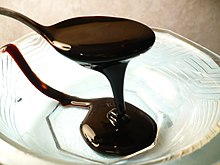 Molasses (/məˈlæsɪz, moʊ-/) or black treacle (British English) is a viscous product resulting from refining sugarcane or sugar beets into sugar. Molasses varies by the amount of sugar, method of extraction, and age of plant. Sugarcane molasses is primarily used for sweetening and flavoring foods in the United States, Canada, and elsewhere. Molasses is a defining component of fine commercial brown sugar. It is also one of the primary ingredients used for distilling rum. Sweet sorghum syrup may be…

I cannot stand this kind of demands/suggestions and I’ve answered this a dozen times. Ok, here we go: Yes, AOE 3 totally prevents it. For much I dislike how USA is portrayed and average yanki players, you have to admit that the US is at least a 18th century faction. Any latin american revolution starts on the 19th century. It is way to late simply because you need to upgrade your units. With the british or the spanish you have like 300 years from colonial age to imperial age. What would you get from Brazil? 50 years?

I have the largest latin american AOE 3 community, and for much I even have portuguese an brazilian suscribers I won’t be supporting this. This is AOE 3, not Wars of Liberty, which are different time ranges. AOE 3 is from 15th to 19th century. WOL comes from the 19th to the 20th century (even has WW1 on it). So it is time to face it. It is sort of bad to have the british and the US in the same game, but having Spain and Mexico or Portugal and Brazil would just make it even worse on this time frame.

That is what the game should aim for