What decides order in civ selection?

My language setting is Simplified Chinese.

I found my civ selection column weird, but I thought it’s a localization issue. Until I play games with friends as well as pay attention in pro players’ stream that it’s only my game that the civ selection order is problematic. It’s not in a Chinese or English alphabetical order.

I thought it might be mods, but disabling all mods and restart does not resolve the issue. If I change language to English, it will be alphabetical order in English.

I wonder what cause the problem or which file I can modify to resolve this issue.

Hi, my civ selection screen is attached. As you can see, civ Aztecs (in Chinese, a’zi’te’ke) is not the first, while civ Chinese (in Chinese, zhong’guo) is not the last. Other civs are some sort of out of order as well. 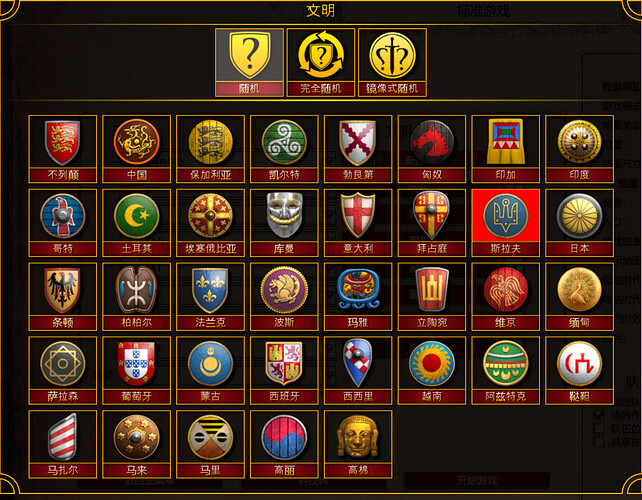 No. I did not change any of the game file.
As for verification of integrity, not only have I done that several times, but I have also reinstalled the game. I have tried to manually identify related file, finding only “civselection.json”. But that file describes the English order, and revising that file doesn’t do anything for me.

It isn’t sorted on pinyin, it is sorted on Kangxi radicals.

Do you have any idea why this happen? I have noticed stream from yo and screen capture of friends having order in pinyin.

No idea. My best guess would be a language setting in Windows or in Steam?

Thanks! I will check it out. I have never encountered this kind of order from the day I start using a computer. 11

Ok. I changed Regional format into Chinese(Simplified) and it is resolved!