What if the [Otontin Slinger] had an "Area of Effect" of 1 or caused a Bleeding effect when attacking?

This is only based on a quick look that I took on the Wikipedia, and one should be source critical when it comes to handling websites like these even if they provide interesting information. But putting this aside, when I browsed through a section concerning the warfare of the Aztecs I read a small piece of text that stated that they did apparently use an alternative type of ammunition for their Tēmātlatl (Slings), which were hand molded clay balls filled with either obsidian flakes or pebbles.

If the Aztecs used ammunition like these clays balls filled with smaller projectiles for their slings, would it then be a good idea if the [Otontin Slinger] had an “Area of Effect” of 1 or caused some kind of a “Damage over Time” effect like Bleeding?

I would really like to hear you guys opinion of this, in the event that this change would make them a bit too powerful. 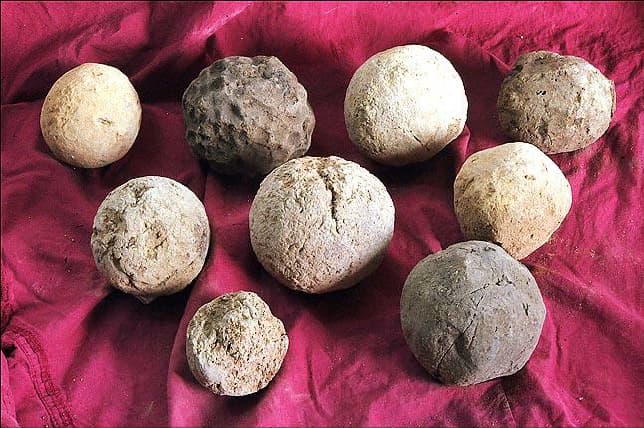 remember how the incan bolas worked after the first rework. It was kinda busted

I dont see how that becomes an AOE. It’s still gonna just impact one person.

The AOE was just an initial idea that I came up with, therefore I am open for changes concerning this idea based on the feedback I get. Instead of dealing an AOE effect, these clay balls filled with obsidian flakes could perhaps cause some kind of a bleeding effect.

But would it really be that weird if the prior idea was implemented? The game has units like the [Bolas Warrior] and the [Mapuche Bolas Rider] who can somehow cause splash damage from a non-detonative throwing weapon that is more likely to entangle or hit one target at a time than multiple, for the most part.

I’ve spoken about this before but units costing 1 pop that deal AOE damage is mostly never a good idea - You end up with a situation like the mounted granadero where a mass of them melts mostly everything in their way.

The bleeding idea is kind of interesting, I like the idea of giving lesser units some new gimmicks, but from a game perspective it would kind of incentivize defensive play with the slinger, like the jungle bowman. I believe the devs gave the jungle bowman the bleeding/poison ability because of Inca’s identity as a turtle civ, so that jungle bows can fire off a volley and retreat behind walls/kancha houses as the poison ticks away at enemy hp, causing them to take greater trades. This wouldn’t fit well on the slinger imo because they have a windup animation, and would incentivize more defensive play which goes against the azzy’s “in your face” identity. Still a cool idea though.

@Vladimatt5454 This could be a bad idea but if it feasible, then maybe the Aztecs could have a late game technology that decreases the set up time for the [Otontin Slinger]. However, there will be some kind of trade-off for the decrease of their set up time with this technology.

The technology can be called “Furious Slinging” and where the name is based on the notes from a conquistador by the name of Bernal Diaz del Castillo who did apparently describe that the hail of stones flung by Aztec slingers was so furious that even well armoured Spanish soldiers were wounded.

Love it, I’ve always thought it’d be cool to see this implemented in aoe3. If implemented, it’d have to be .5 aoe to avoid making it broken.

@vitorcxb20 If I understand you correctly, then I am pretty sure that the [Griot] doesn’t have the ability to stun other units. The only thing that it can do to impair other units is through intimidating them, where they were will attack at a slower rate. Maybe you are thinking of the Bugle Call ability that the [Bersagliere] has.

Are you suggesting that the [Otontin Slinger] could have the ability to stun other units?

They do, it has a dual effect, it has a very short stun animation for individual units (aoe after card) and it also lowers attack rate, so if you can time the attack well you can effectively stun lock some armies for a few second

Is that so? Thanks for the clarification @coffeeco01. I am trying to build a PC at the moment so I can’t play the game, therefore I had to rely on the Age of Empires fandom wiki for understanding how the [Griot] worked as a unit. And on that website nothing was mentioned that it could stun others units.