When my soldier got attacked, why it shows ally got attack? 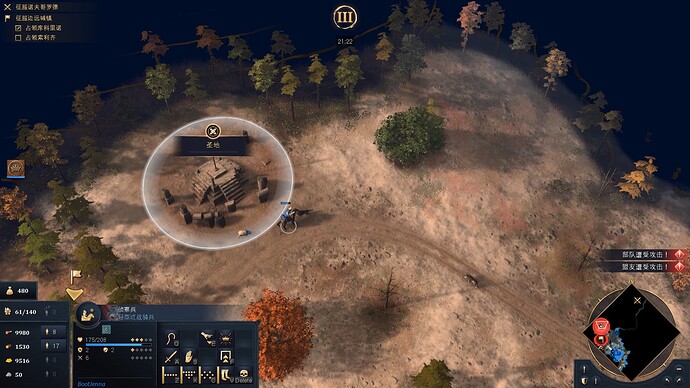 the warning messages which appear above the minimap shows unit got attacked and ally got attacked, but it is not ally unit but my unit

Thanks for the report. We’ve got this flagged with the team.

No! It happens in English also.

it is weird right? i am can soldier a is soldier b’s ally, but just weird, ally in the game should be other player/AI

Also in Italian… so, it’s language-independent.

Yes. It is weird. Just a small bug tho. Can be easy to fix.

When your own units are under attack, an incorrect message appears stating that “an ally is under attack”. This also occurs in 1v1 games, and also occurred during the showmatches prior to release.

Indeed, it’s odd and a bit distracting. Feels like one of those non-priority, non-gamebreaking bugs that won’t be fixed – hope I’m wrong.

It’s easy to ignore in 1v1 matches, but in 2v2 or more it becomes easy to miss a raid because the player assumed it’s the ally under attack when quickly glancing at notifications.

I wouldn’t say it’s a priority, but I think it’s good for them to know players have noticed and would like for them to track the issue.

Thanks for sharing, have this noted down and shared with the team now.

its also the case in the German translation