When should you use TRAMPLE MODE? [Tested]

Since this forum by another user [When is tremple mode of cavalry useful?] pretty much reached a dead end, thought I would bring it up again. 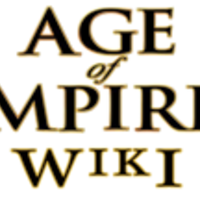 Trample damage is a sub-type of Area of Effect (AoE) damage. It differs from the latter in that it commonly does full damage on a primary target and only deals a small amount of it to adjacent opponents, whereas classic Area of Effect attacks deal...

All present info about this mode. Not much at all…

For example, a hussar is attacking a group of 3 skirmishers, it could either attack them 1 by one, or damage all 3 at the same time with trample mode. BUT, since the unit takes damage from every time it attacks, when is it a good time to use it then?

I’m gonna make a small test at the editor to see if it’s useful or if it would actually need a rework/buff.

I’ll be using different cavalry to fight a group skirmishers, that will go as 1v1, 1v3 and 1v10.

That will let me gather stats in Part 2 showing when it would be best suited to activate it.

Not good numbers, first of all, stuff that isn’t written down.

Now, as for the fights, they didn’t go well (Did a few runs on the same fight to be sure).

Trample mode needs a rework, so far, it only makes cavalry worse (Mahouts and cuirassiers especially).
There are very LIMITED situations where it would work fine enough.

But other than that, naaaaaah son.

I’m not sure how it could be buffed to make it usable yet not OP, but it needs something.

Perhaps lowering base damage output, making them do area damage even behind them and eliminating the damage they receive back would be enough (Like AoE2DE Cataphract), that way they get better use when fighting tightly packed units instead of groups of less than 5 (AND, making units that already have aoe perform a bit better than they do now).

Or maybe it could instead be a charged ability, so that it makes cavalry stop attacking with their sword, increase their speed and make them damage any enemy units that get too close to them (Like the Tommynator).

Hope some dev sees this, because I never see this being used in multiplayer, and I never use it myself.

Easiest buff is to make them take a fixed amount of damage based in max hp. E. G. Hussars take 10 damage regardless of the damage they do in total

Only ever use it to kill 1 hp minutemen in 1 hit.

I find the micro to be more annoying then the actual damage it does.

like i could image in a fight it might be good to not change all cav to trample but only like 1-2 out of 5 so that you get some aoe damage in there and prevent overkilling. but microing that would be a complete pain.

I was thinking this myself yesterday, and the only use I could think of is to snare more units, if the area of effect also snares the units receiving indirect damage.

if the area of effect also snares the units receiving indirect damage.

Would need to be tested… didn’t see that myself, would be a lot harder to escape by splitting your army that way.

Nice post and thank you for your research and testing, I actually wonder how much people in general and top players use this “stances”, to be honest I rarelly use them (only hold/defensive positions sometimes for ranged units).

Would be nice if we get more “action” buttons or “abilities” like charge with the sweeden musk, back to the topic at hand, how is this supposed to be used? always? in melee?.

Would be nice if as you said some numbers were more stardard and clear, also if we knew exactly which is the range of the aoe attack, and as @Moonshadow7475 said if we get some fixed damages. In general it has more decreases than bonuses…

Since units dont have “armor” value but instead resistances, would feel better if instead of trading aoe per hitpoints to make them easier to kill, also would be nice if, main attack and aoe is split, main attack (hand attack value) is applied to target unit, aoe is applied to nearby units, in other words main unit would get aoe + hand attack.

They could just drop the self damage, trample mode has enough disadvantages already.

they should not get demage back , they already get half speed , its easy to micro units vs them

Only the elephant unit is worth it.
I would rather change the cavalry to charge mode

Perhaps a solution would be to give it an advantage or a bonus against cannons, skirmishers and archers, but lose armadua to distance and gain negative multiplier against other types of units. 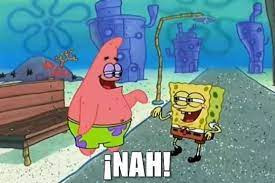 It can be saved

It is not appreciated much but it works well, too difficult to discuss a buff, because for me it is good to op against specialized heavy cav, especially the Spanish lancer makes good use of that formation, since it is one of the best units of heavy cavalry against infantry, with the improvement that increases the multiplier and range multiplies more, because although they go slower but as the range increases it is more difficult to escape the basic attack, it is difficult to use the micro with that formation I have not seen streaming of professional players or so less I do not remember seeing one doing that, it would be interesting to see it

The most effective way to use trample mode I’ve found is to snare skirmishers.

You only need one or two hussars snaring so the rest of your cavalry can chop the skirmishers into little bits.

Basically you have your cav in melee mode but sometimes a few cav straggle behind when that happens quickly switch their cav into trample to snare for like 2-3 seconds while the rest of the cav catch up.