Why cancel the upgrade option of stone wall tower? Like cannons?

This does not affect the game balance, but can increase the playability of the game! 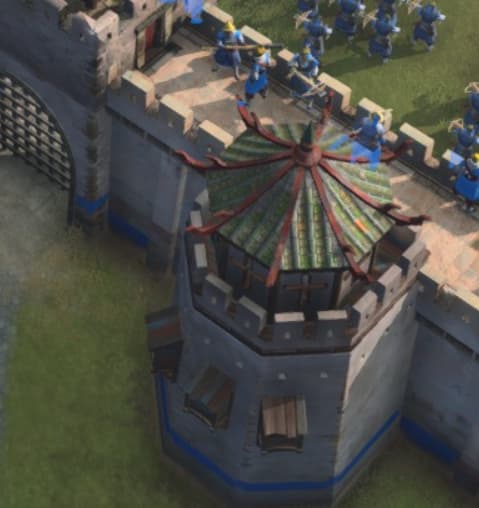 My brain cant figure out what your asking or trying to say? Cancel the stone wall upgrade has what to do with cannons?

So I think during the stress test stone towers were upgradable with different weapons.

Like cannons, mangonels, etc. However nowadays they only have a springald emplacement.

My guess is that they wanted Outposts and Keeps to have more of a relevance as defensive structures VS these towers.

Mind you the towers are still great.

This does not affect the game balance, but can increase the playability of the game!

It kind of does tho.

I love walls also and as many of u have brought out the devs have put alot of effort into the walls, buffs to units, and the overall ease of walls. So as to not wreck other aspects of the seige units or unnecessarily nerfing…. to help defend the walls cause no defending seige can reach a seige unit thats attacking the only way i see this being balanced is if the seige units… prob only cannons and smaller seige (not trebuchet) can be walked ontop of and placed on the walls. They then could techni…

Well yeah they removed it.

Thanks for your work on digging that up… does china shoot a gunpowder instead of springald? I think so?

I can’t understand what the reason is

The balance team hasn’t been very transparent about their reasoning a lot of the time.

I don’t think it’s necessary to cancel this. It can enrich the game content and slightly increase the strength of the defenders. After all, it’s much easier to attack the city than defend the city. AOE shouldn’t pursue fast rhythm and competitiveness too much.

FYI canons on stone towers during beta caused the game to stale up. A lot of people complained that line of sight was so hard to deal with back then.

Example: trying to push into boulder bay’s hill where the enemy had a stone wall defending. Trebuchets and cannons had horrible pathing (still have) trying to get a shot a the stone wall.

On top of that, we now know how to deal with stealth forest and overall how to go around larger forests too. This is one of the quick fixes from the beta that i actually like, unlike nest of bees. Those got shafted.

I want to see it added back but cost more to upgrade, it was great for team games with epic sieges.

Absolutely agree. It’s a great setting in itself!

There are also similar arsenals that have been cancelled.