Why did aoe4 suddenly drop in price in various countries and regions on Steam?

Most countries and regions have cut prices, especially Taiwan, which is now the cheapest. 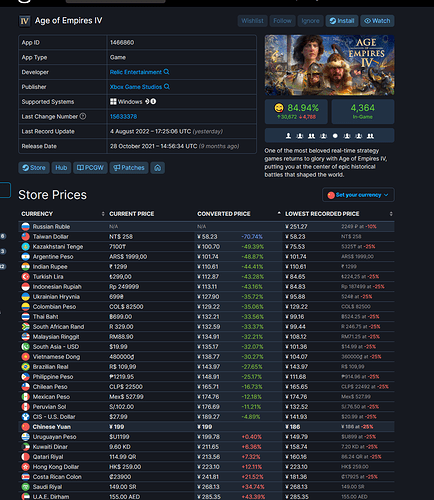 this should have happened ages ago, and I doubt people who bought it at the higher costs will receive any refunds, I know I havent

Finally some good sense from WE, now is the fair price for me.

This could mean that they want to raise the demand with such move and thinking about being reasonable for anyone that gets a future DLC too.

Some kind of free to play would be better.

It was 200 reals in Brazil before. I’ll still have to wait for a discount, but now I might finally be able to buy it.

Some kind of free to play would be better.

Free to play the moment DLC is launched or announced. Only then, AoE4 gets a new life. 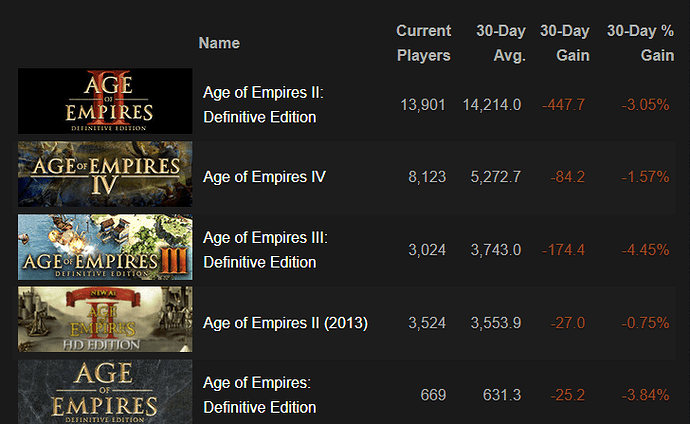 Maybe sold few copies today. Closest its been to aoe2 for awhile

that explain why the peak player has increase this week to 14k. still it needs the 50% cut that i said before to be worthy of purcharse.