Why horsemen use spears only?

In the trailer and the background picture.
I have seen horsemen with blades. Now they all have spears and kinda boring and not satisfying to see how they actually fight. Moreover, I think it is not realistic too. It would be cool to have a little charge damage with their spears and it breaks and takes out its sword. 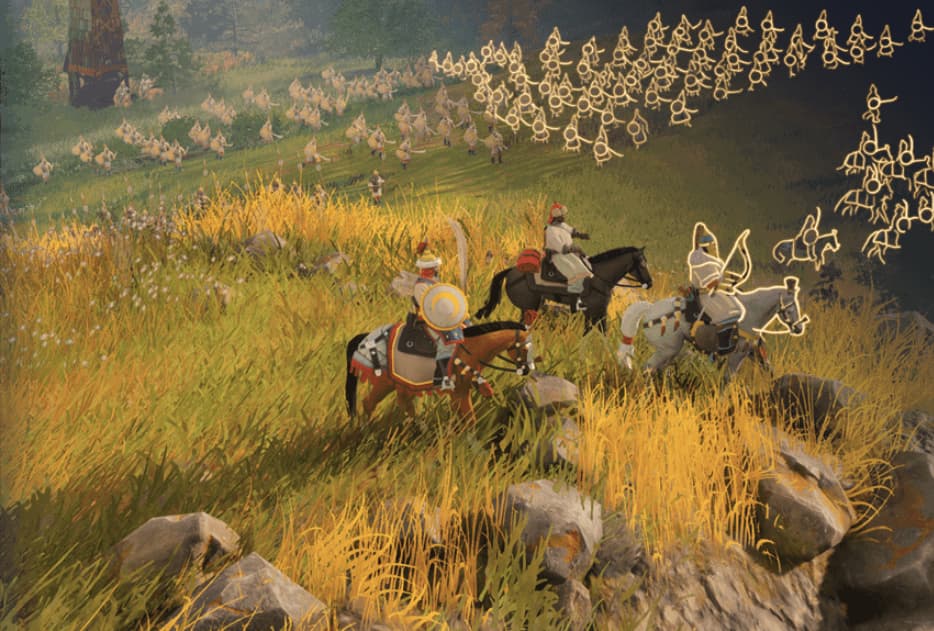 I have found a picture of a Mongol horseman that has a sword on his hand.
It is way cooler than spears.
What do you guys think about this?

Probably looks too similar to the lancer I’m guessing, especially since horseman don’t have charge damage it would be misleading.

How so?
They both have horses… Look very similar, With spears on their hand.
The main differences are the stats and armour they are wearing.

Spears use spears, Men at Arms use swords.
Horsemen use spears, Knights/Lancers use swords and hold lances when charging.
Horsemen and Knights are already hard to distinguish at times (as they both have pointy things pointing upwards), so giving horsemen variations would make it even more difficult.

Hmmm, weird.
I don’t see any difficulty distinguishing the horsemen from the knight/lancer. Since they have heavy or light armor.
Very simple.
You seem to struggle with such things.
Maybe it is me being a medieval nerd.

Too lazy to start the game right now and make screenshots, but I remember imperial HRE horsemen and knights are difficult to distinguish as the horsemen with their coat of arms in player color look heavier than they are.

Good point, yea I noticed they have a little bit of steel amour which leads to confusion.
Asian civs have horsemen with leather or cotton armour mostly.
So that might be one reason.