Why not introduce by AoE4 Co-Op and PVE Factions like Starcraft 2?

Why not introduce by AoE4 Co-Op and PVE Factions like Starcraft 2?

There are various gameplay requests, but are due to balance, not easy to introduce into PvP.
Why not put those into Co-Op and PVE? 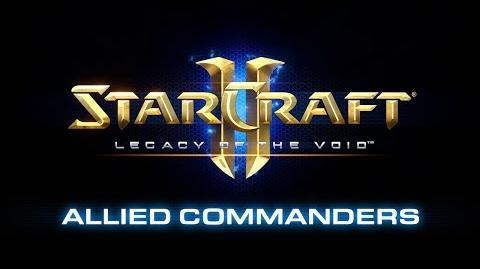 Co-op Missions,1 formerly known as Allied Commanders, is a two player gameplay mode introduced in Legacy of the Void. The mode is distinct from the Arcade, Campaign, and Versus gameplay.2 As of November 2019, it is the game's most widely-played...

The mode was created to provide a more accessible multiplayer mode for StarCraft II, as the developers believe that the standard multiplayer has a reputation for being inaccessible and time consuming. It is intended for players mainly interested in singleplayer, but provides a more open-ended and social experience than a standard campaign.

Why not later for Age of Empires 4?
People wanted many things like cards system like from AoE3, level up like in C&C, Heroes and many more stuff, why not add them to Co-op factions? You dont have to balance it, its just for fun.

Like William Wallace for Scotland, Erik the Red for Vikings,
Or Pirates like Sir Francis Drake and many more.

For example people want to have Mesoamerican Civs, why not as Kommander Montezuma?
Montezuma was Emperor of the Aztec Empire. So it still means Aztec can be normal PvP faction and
Montezuma can be faction for Co-OP / PVE.

As a Starcraft 2 player since 2010, Co-op was one of the things that I wish Blizzard had made from the start instead of the “too little too late” status that it have right now (RIP new content).

I think the commander system that provides a radical overhaul on how a faction plays and their units is possible in Starcraft 2 because of its setting (sci-fi) which I think will be harder to implement on a historical based game like AoE. Could be possible on AoM because of the mythical units but there’s a conceptual ceiling.

Also, isn’t that just the same as having community made scenario maps with co-op? I think it is better for the developer to create an easy to learn yet powerful map/scenario editor so that the community can publish their own co-op maps that have the potential to be fun and popular. In contrast, SC2’s map editor is quite powerful but is overly complicated (the only use of it for me is to preview the warchest skins, RIP new content).

I like the general idea of a specialized coop. In age 2 you can soon play campaigns coop, maybe that would also be possible.
But as written above, I think the devs shouldnt bother at this point, they should work on fixing the game, and we may very well see scenarios/mods that will be showing such options, I believe

This is what I had hoped the new co-op mode in AoE 2 would be like but sadly it falls short.
I hope that AoE 4 does include a co-op mode like in SC2.

tbh i expected just to be able to control the same player with 2 players. The new implementation is more than I expected xD

I hope that AoE4 will develop a lot in PVE content, preferably with at least half of the effort on PVE.
After all, PVP people are still the few who spend a lot of energy playing.
A game is still a game.