Why Tepee's economic boost is removed for Lakota?

In the beta, Tepees were boosting the gathering rate. But it’s removed, why? 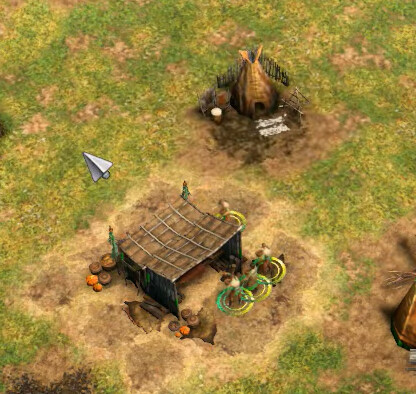 i dont know but teepees used to be almost indestructibles.

Great to see they removed it, don’t think they really understood the implications when they implemented the gathering aura for teepees and teepee aura range boost in esoc patch. Hope they revert the teepee aura range to what it was in RE as well. The absurdity of 18 range (new range) teepees really shows itself lategame. If I recall correctly it was 12 on RE.

With Sioux, I rarely ever use Teepees, I build them as an afterthought.

Can you please add real examples? instead of all talk with varying experiences about how absurd it is or just simply what the range/attack is?

For example why is it absurd? The civ has no walls or towers. Teepees are a weak/cheap building which is underwhelming, so slightly more range made actual sense.

Walls are the absurd thing, they give like 100% damage reduction to attacking units. Teepees give small %'s to health of units that might be nearby, you can waste cards to make it improve attack or upgrade them slightly as part of your strategy but then miss out on the real strength of Sioux (which is, not having to build houses and other crap, and being able to still contend with superior micro and expensive units).

In fact even just not fighting around teepees is pretty much still a strategy, if someone uses them.

I think improving/extending the range made sense as they probably weren’t used so much, it was clearly underpowered and they want to see Sioux players use it more.

Many people have misconceptions about how bad Lakota is, or they mock them after some late-game 40-50 minute game and claim things like ‘uhoh hes gonna do wat i did and spamming only rifle riders, too easy to play them’, but they suck at Sioux and at Sioux mirrors. They do 1 thing and because they won once against a worse player, they think it’s what everyone else must do.

They’re just specialized like other native civs, and toward cavalry. Any players who were pretty good from AoM and AoE2 can absolutely rek with them if used properly, otherwise people think they suck which is great.

I don’t think fighting under Teepees even with the new range is bad. Rather it’s something Sioux players should start and learn to do as it gives you a boost if you’re fighting in that area. (but, not anything close to forts, towers, and walls especially considering how these work on AoE3, they don’t even fire at units, block damages, or anything like that) As native civs, are ‘expected’ to take action somehow and to have an effect somehow, they are not built around making walls, towers, booming, and euro-civ things, if you do purely defenses and focus on sitting back, upgrading, getting teepees/buildings, you will likely just lose anyway, even though you can do this but it’s not what the native civs are built for. Asian/Native civs are for more master players who understand how to use what they have and then you should have an edge using them.

Things like aggressive teepee building… should be rewarded, if anyone tries it. Defensively, it could be a small thing where you might be able to create some and reap the benefit, but it’s far harder to use.

But eco boost? I don’t know, if it wasn’t there before, it shouldn’t be there.

Checked and new range was actually 20 range and old range was 12.