Why these units are available in Age 2?

I played against a Ethiopia player that starts with these units and literally i never was able to go out from my base. Since Ethiopia has some kind of fast age up to age 2 it is a lot advantage plus the 400 influence free using the alliance to age up; you literally has a free build and free units too early. The Ethiopia player can trains those units without change his macro to create gascenias or shotels; in my opinion that is a lot of advantage because they can start with an stronger combo in the very early game. Looking the stats of these units, seems like they are anti artillery so may be it should be enable only in fortress age. 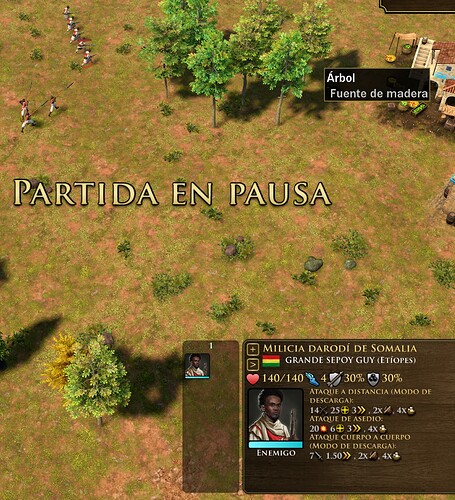 this is aoe 3 de not age 3 balance edition bro

It’s honestly not a big deal. African civs can’t get influence without missing out on some other resource. If they get it from cow trickle or royal banquet then they can’t sell them for other resources. If they ship crates then they miss out on shipping something else. If they get it from trade posts they miss out on xp. Ethipoia has to actually literally divert coin income to get influence from their unique building. It isn’t free by any means. Those darood militia are honestly one of the worst units in the game too. They have low base damage and don’t get modifiers against anything except boats and cannons. Even then the modifiers are so small it hardly matters. Train some of these in a skirmish and try to fight a falc or caravel and you’ll see how weak they are. Their only saving grace is that they have a very good range.

Of all the units to complain about I never thought I’d see someone complaining about the crappy somali skirms lol.

Glad to see some people have managed to make the Somali allies work!

I think they are good against skirms/crossbows due to almost the same base damage as a age 2 skirm but 25 range and maybe good against HI with CIR. I never really understood them to be good vs cannons despite that’s what it seems like they are designed for. They only have a 2x multiplier so they would only do 7 damage to a falconet. Even with age 3 stats and with siege resist they still get 1 shot by a falconet while being outranged. I think the only cannon they are good against are leather cannons.