Would Scottish civ play like a hybrid of Malians and HRE?

Was just looking at other representations of Scotland in medieval times - total war, chivalry, aoe2, etc. Love imagining what Scotland would be like in this game.

In the meantime, I’m going to play the Mali so much!!!

But what do you think?

Yes we need the Scots, but they won’t add them for a long time if they ever add them.

I really doubt we’d ever get Scots.

You never know, they’re a fan favorite in AoE2

They weren’t much of an empire. With the smaller amount of civs we’ll have here compared to AoE2 I really don’t see them being picked.

I would love to see Scots in game. I would defo pay for that civ

England wasn’t much bigger and they are in the game.

Which is a mistake, hope they don’t make the same twice

I do hope there will be some successor to AOE2s Celt civ in the game, it could be Scots or Irish. They have unique cultures and would offer a lot of unique gameplay.

Why introducing the scots when we already have the Britons? Adding them this early is just not a viable idea, maybe as the 25+ civ.

We dont have the Britons, we have the english. Which defo open the door for other British civs to be added in the future. I personally would love to see Scots in game.

Definitely would be a financially successful civ - regardless if they go all emcompassing “Gaelic” or Scots or Irish, there are so so so many descendants of these peoples in North America, Australia, NZ, other former british colonies.

It would also definitely add something unique and flavorful - which is what the devs want more than anything when adding a civ.

If the Norse are forgone, the scots are arguably as much of an offshoot of the Vikings as the Rus are. Food for thought?

And we all know a historically accurate scottish war of independence against the english is much needed after the blasphemous (in respect to historical events) movie known as Braveheart. Still a good movie but… waaaaaaay too many liberties were taken with that story.

Adding England was not a mistake. They are the most played civ. Scots would definitely be played more than several other civs. I support the devs decision to add massive empires that were relevant at the time that no one today has heard of like Malians and Abbasids, but that needs to be balanced with popular civs that people would be excited to play like Japanese, Vikings, and Scots. So far, they have done a decent job at balancing the civs, and it is clear that more people are playing the civs with better name recognition. 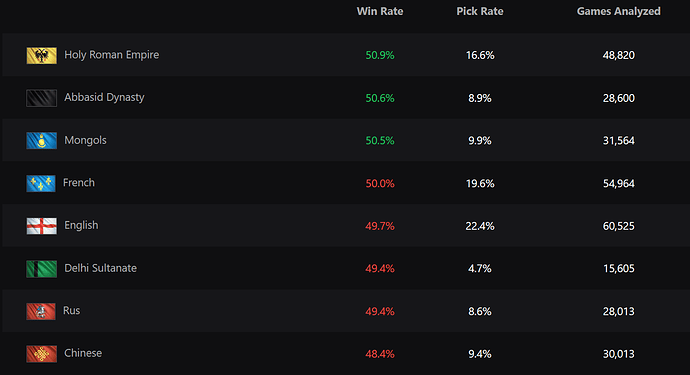 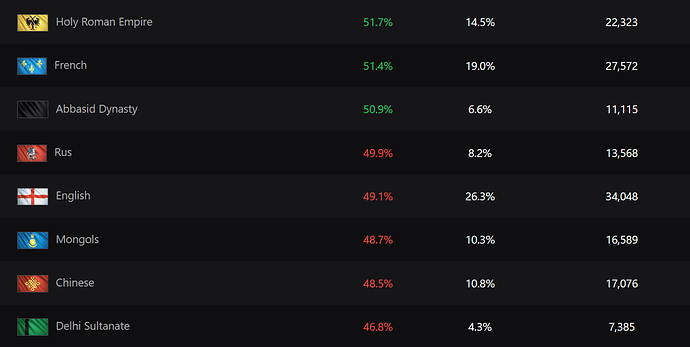 In terms of population, England is much much bigger.

Why introducing the scots when we already have the Britons?

Because Scottish and English aren’t the same thing?

Which is a mistake, hope they don’t make the same twice

Because Scottish and English aren’t the same thing?

Also Austria and Bavaria but they are both part of the HRE…
The scots are too close to an already existing civ and their army isn’t very different from that of the english.

No harm in adding them though. They do have a lot of history with england, and the door is definitely open for them to be part of the aoe4 civ list one day.

I think it would be better if they add them as the Celts. It includes more civilizations than just a small portion of britain.

Scots, Danes, any Italian civ… even if they are small IRL they would be more popular than many larger empires