In the “Blood, Ice and Steel” campaign, the home city flag that appears in the “go to home city” button is wrong. Instead of showing the same flag displayed on ships and buildings (white cross in blue background) it shows Great Britain’s flag.
In the original game, it does display the correct flag.

Reproduction is very simple. Weird that there are no threads talking about this tho

It should show the flag of the knights. White cross, blue background — same flag visible on Morgan’s flagship or on top of outposts/town centers.

It shows the flag of Great Britain, a faction that was not know for sending holy knights of a religion different from yours into land never colonized by said faction. 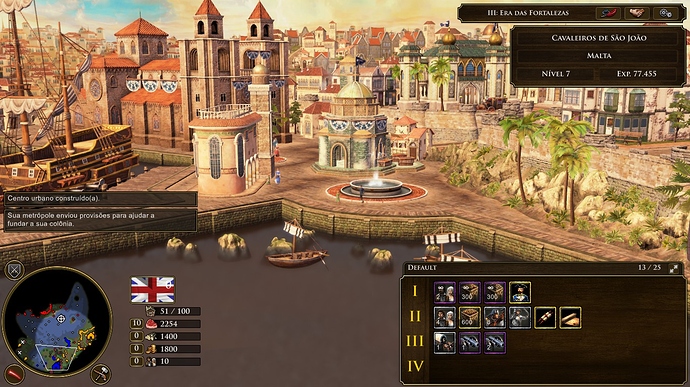 fuckbritain1366×768 360 KB
You can see the game got the flag dead wrong. The correct flag is displayed on top of the building, is the home city itself
In this video i randomly found on the internet, you can see the home city flag is show correctly — in the original game, of course.
2 Likes