Wrong location for the accent for the "Génie Troops" card

The name of the card which enable grenadiers to build is “Genié Troops”, but the correct name is “Génie Troops”

The card name must be “Génie Troops”.
Same issue in the French version of the game. It’s “Troupe du Génie” and not “Troupe de Genié”.

See the wikipédia page, in French and in English (you can read “Armée du Génie” at the first line in the English page) The Engineering Arm, or l'arme du génie, is the Military engineering arm of the French Army. The Engineering Arm's soldiers are known as sappers (sapeurs). Its soldiers in the Paris Fire Brigade are more specifically sapiers-pompiers, and those of the Civil Security Instruction and Intervention Units are more specifically sapeurs-sauveteurs. The Arm's colours are red and black, and its patron saint is Saint Barbara. The Arm's motto is "Parfois détruire, souvent construire, toujours servir!", mea... 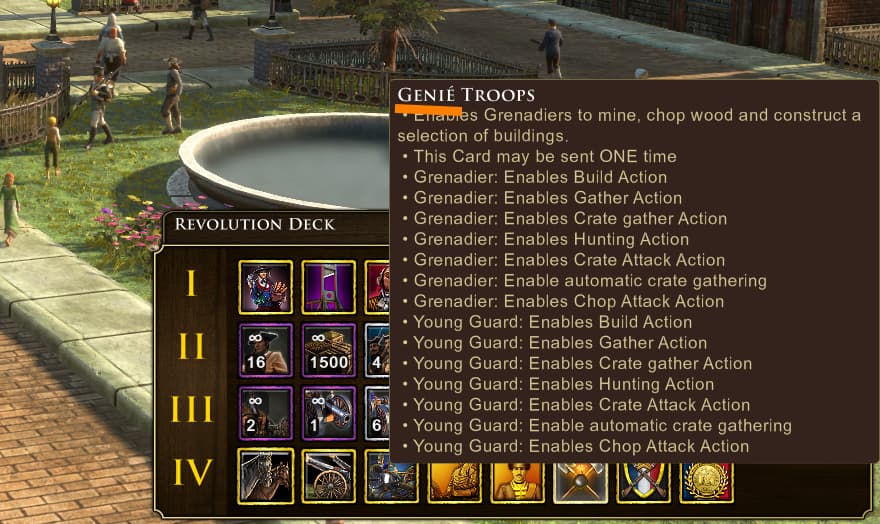 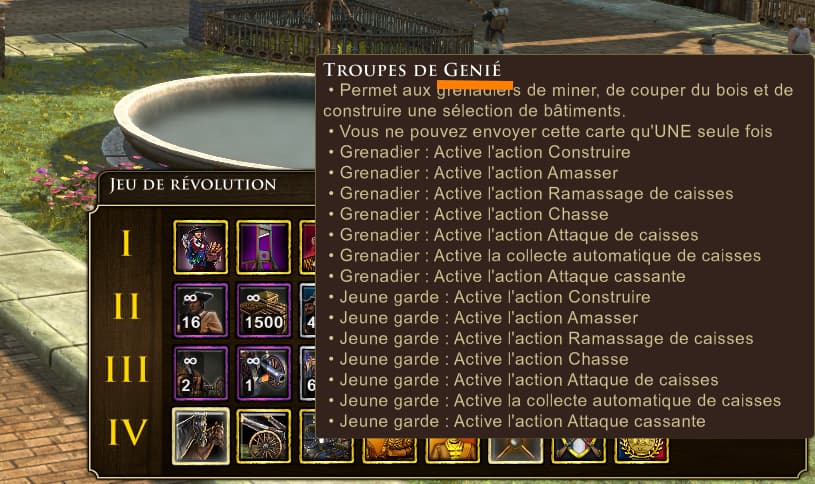 A few other misspellings:

1: The “House of Trastamára” card also have a misplaced accent in English (corrected in Spanish localization). Should be House of Trastámara.

2: The new patch’s Egyptian revolutionary unit, “Khevite Fusilier” should be Khedivate Fusilier. The Khedivate of Egypt was a state ruled by a Khedive.

3: The Ethiopian card “Temenyas” is misspelt. Should be Temenjas. Since its meaning isn’t trivial to find, I’d propose renaming it to “Temenja Rifles” for clarity. This requires a bit explaining.

Not counting this one, the DLC’s Ethiopian civ has 3 words that end with “-nya”. I don’t speak Amharic, but it looks like a word-forming suffix:

You can’t find the word “gascenya” anywhere outside AoE3. This is because it originates from older, probably Italian accounts, which spelt it gascegna:

The devs must have realized that “gn” and “ny” are the same consonant /ɲ/, and created the new “gascenya” spelling in an attempt to unify the conventions.

(To be thorough, the “sc” consonant should also become “sh”, since it seems to denote /ʃ/. However, as there’s a dearth of internet sources with any other spelling - outside the possible root word gasha “soldier’s fief”, I think we can allow a “halfway” spelling that resembles the only existing sources.)

Following this, a dev probably saw the word “temenja” for rifle, thought the “j” means the same thing as “y”, and the word has the same suffix as the other 3. So they changed it to “temenya” again for consistency. 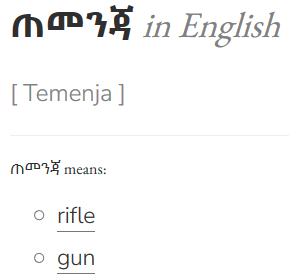 But this is not the case. The “j” here actually denotes /dʒ/ - the “jay” consonant in English, written ǧ in strict Amharic transliteration. The word is actually pronounced /tʼəməndʒa/, or “tuh-muhn-jah”.

TL;DR: the “j” in Temenja is a completely different consonant from “nya” in the other 3 words, and should be spelt differently.