Xbox achievements couldn't be re-earned if unlocked on Steam 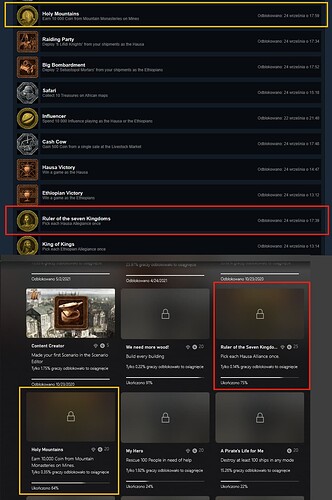 Hi to devs! Are you tracking this issue? It’s a important feature for people earning achievements, but not working properly in case Xbox ones.

Sorry for the delay.

We are now tracking this issue ヾ(＾∇＾)

the achievements from african royals are not tracking here for me

Did you get them on Steam, but not on Xbox account? Or just didn’t get them at all?

Got them on Steam but no one on Xbox. In previous update i got no problem to unlock at least one (about collecting influence) but selling a fattened cattle only unlocked at Steam.

Since last patch, no progress to age advance through both of African civs too.

I am having the same issue on Aoe2.